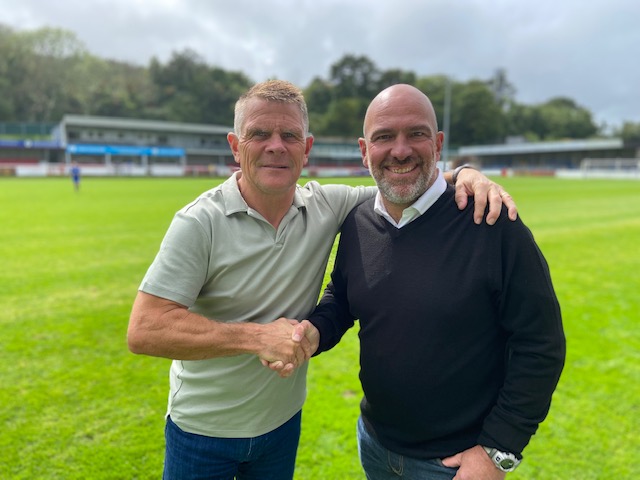 Adam Birchall marked his return to Crabble with a stunning five-goal haul as Andy Hessenthaler’s Invitational XI showed they still had the wow factor in the fundraising match at Crabble on Sunday.

Hessenthaler’s squad of former Dover stars won the game against Warren ‘Pep’ Dyer’s supporters’ team 19-2, but the day was not about the final scoreline.

It was about the club and the community coming together as one and having some fun while raising some much-needed funds.

More than 300 people braved the torrential rain to watch the game and they were treated to some stunning strikes from Hess and company.

Birchall proved he still had an eye for goal, scoring a hat-trick inside the opening 20 minutes and completing it either side of sublime long-range goals from Hessenthaler and Nicky Southall.

It could have been a lot more than 12-0 at half-time had it not been for the heroics of goalkeeper Dan Fletcher, who produced a number of stunning saves which were deservedly applauded by the 309-strong crowd and the Invitational players.

Dyer’s team reduced the arrears in the second half thanks to goals from Charlie Brown and Muj Aspendos before Birchall and James Strouts completed the scoring.

The unfortunate Andy Rolfe also got his name on the scoresheet for Hessenthaler’s side, with an own goal.

We would like to thank the ‘legends’ for giving their time, the fans who paid to play, and those who came through the turnstiles to watch.

We really do appreciate the support from one and all.