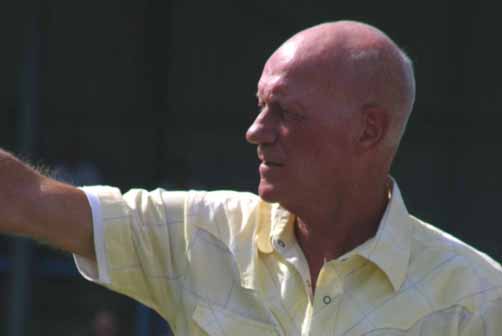 *BF*The Dover boss will name a full-strength side to contest the Westview Cup final against Ashford (Middlesex) at Bromley.

Whites are in hot form and managed to progress in the competition with a mixture of first-teamers and young up-and-coming reserve players.

Clive said: “We’ll be going for the win and I’ll name the strongest side I have available to me. This is a trophy we want to win and all the lads are looking forward to playing in a cup final.

“This has been a good competition for us. A lot of our kids have been given a taste of first-team football – and also it’s been useful to give games to our regular players to regain fitness and form.

“Ashford are a strong side and will start the game as favourites because they’re a Premier club, but we’ll be up for the challenge and cannot wait.”

A large army of Dover fans are travelling to Bromley to cheer the boys on – and Clive is delighted with the support his men have been receiving, especially in recent weeks.

He said: “The team appreciate the support. Getting behind them is the best way to lift the boys.

“At the end of the day, getting on people’s backs never helps anyone. It creates even more pressure and these lads are non-league footballers. Even England players are affected by crowds against them – as we saw in the Andorra game last week.

“But we’re in a good run of form and scoring goals now, which is something we’ve always been working on.

“The main reason we’re full of goals is because we’ve gone back to a 3-4-3 formation – due to now having the players available to play that way. Injuries have stopped us from playing that way – but now we have an almost full squad to choose from.

*Ppic1*”Jon Wallis, of course, adds a large amount of quality to the side and Jimmy Dryden is banging the goals in again.

“Jimmy took a long time to recover from his injury problems and now his confidence is sky high because he’s scoring goals. And, not only is the lad scoring, he’s creating goals for his team-mates too.

“We’re going to continue playing the way we are and hopefully it’ll take us through to the end of the season with a positive outcome.

“The league title is still up for grabs if we keep winning – and that is what we’ve got to focus on while it’s possible. We’ve got some very hard games coming, with Fleet, Hastings and Cray all to play.

“Those are going to be massive games for us – and we’ve got to approach them in a positive manner.”

Anton Innocent will be away on holiday for two weeks, just prior to the Cray game on Saturday, April 14.

Clive explained: “Anton had a holiday already pre-booked before he joined so he’ll be missing for a couple of weeks.

“Obviously, John Keister is going to be missing after his red card – but, apart from that, we’ve got a full squad.”