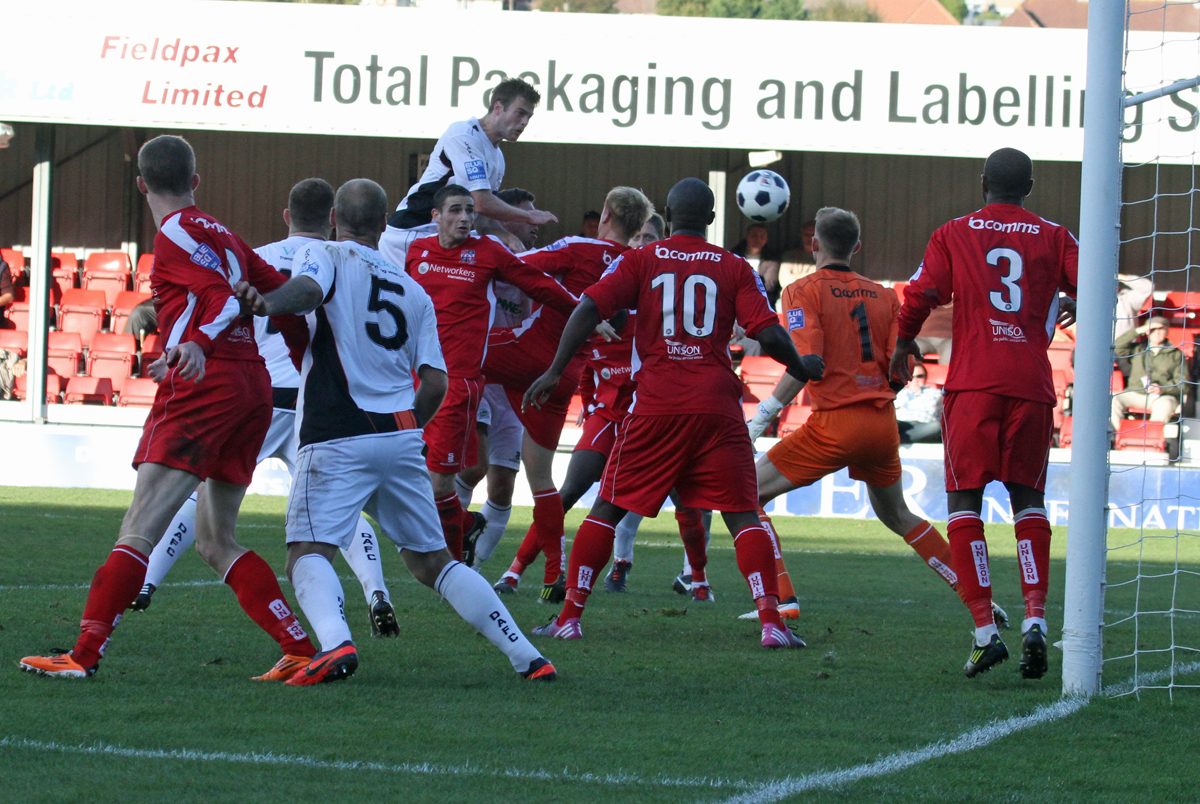 *BS*Whites bowed out of the FA Cup against Bromley at Crabble on Saturday.*BF*

Dover hit the woodwork and went close on several occasions but Ben May’s late strike wasn’t enough in a 2-1 defeat.

Whites are back in league action at Truro on Saturday, if the Cornish club can overcome their severe financial problems this week, and then face league leaders Salisbury City at Crabble on Saturday 20 October.