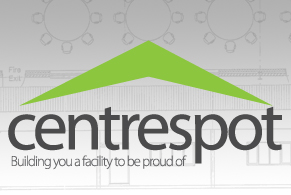 *BF*The club has received planning permission from the local council to build a £200,000 complex to replace the current building.

Chairman Jim Parmenter revealed Dover Athletic need to raise £150,000 by the end of the season if building work is to begin next summer.

He said: “This is a very exciting project, which will give our fans a superb facility and increase Dover Athletic’s potential to increase its revenue streams significantly.

“The current facility we have has seen better days and is getting very expensive to maintain. Also, because it’s very small and old, it’s not an attractive venue – which handicaps our chances of pulling money in from social and business functions.”

Centre Spot 2008 – the name of our project – will result in a complex measuring 30metres by 16metres – that is 50 per cent bigger than the current clubhouse.

The one-storey brick-built facility will also be able to comfortably sit up to 200 people for a banqueting function, perfect for wedding receptions, parties, business conferences and many other events.

There facility will have a far more spacious bar, large flat-screen television and a top-of-the-range sound system.

The foundations of the building allow the club an option to build a second storey at a later date – which is being pencilled in to happen if the club makes giant strides up the football pyramid in the next few years, to increase the clubhouse’s potential further. This would, of course, be subject to receiving planning permission.

Vice-chairman Roger Knight said: “After years of paying off debts, finally we’re raising money for something which won’t be going down a black hole. It’ll be going towards a super facility which our supporters can be proud of.

“We’ve set up a separate bank account, which will hold all funds raised for the Centre Spot – and that will mean we can earn some interest on the capital, which will go towards this project.”

*Lpic1*The Supporters Trust have also pledged their support to Centre Spot 2008 and are set to announce a whole host of other fundraising initiatives.

doverathletic.com will keep a running total of the funds raised to keep everyone up-to-date with the campaign’s progress. This can be found on the home page.

Director Chris Oakley says the facility will have a first-class kitchen, which will enable top-quality chefs to cater functions.

Chris, a top-rate chef in his own right who owns Wallett’s Court in St Margaret’s, said: “The new clubhouse will be able to incorporate a kitchen where top-quality food can be made to offer quality catering for functions.

“I am even going to have an input into the kitchen’s design. The facility really is going to be fantastic and will help this club progress.”

The club’s main fundraising scheme gives fans the chance to help us build the clubhouse by donating money – and having their name listed inside the building.

Dover Athletic will be displaying a large quality roll of honour board inside the new complex. And fans have their chance to have their name added, in recognition for their fundraising efforts.

There will be five categories listed on the board, with different price levels.

Each band will have a different standing on the wall display – in terms of its size and colour. Futher details will be released soon.

Supporters can make a one-off contribution to buy their level (as per the pricing structure) or they can continue contributing until they get to their desired level of supporter (normal, bronze, silver, gold or platinum).

*Q1*Payments can be made by Standing Order (you can fill out the form once and make contributions every month/week) or by cash/cheque.

There will be an information form, which will have a standing order form included and a ‘pay in’ form, for cash and cheques, which needs to be handed to Paul or Debbie Harrison on matchdays. Alternatively, you can post it to Centre Spot 2008 Appeal, Dover Athletic Football Club, Lewisham Road, River, Kent CT 17 0JB.

A pay in form still needs to be completed every time a payment is made. Standing orders only need to be submitted once.

If you wish to make a donation via PayPal, there is a £1 charge for each transaction, so please add £1 to your donation. There is a PayPal link on the home page. You must then email us at info@doverathletic.com to confirm your payment.

Supporters who haven’t paid for a Platinum membership as a one off payment, they can continue contributing until the Centre Spot is built, at which point we will count up their contribution and apply the correct level that has been achieved.

Each person will then be sent a form to fill in including space for the message etc they want on the wall.