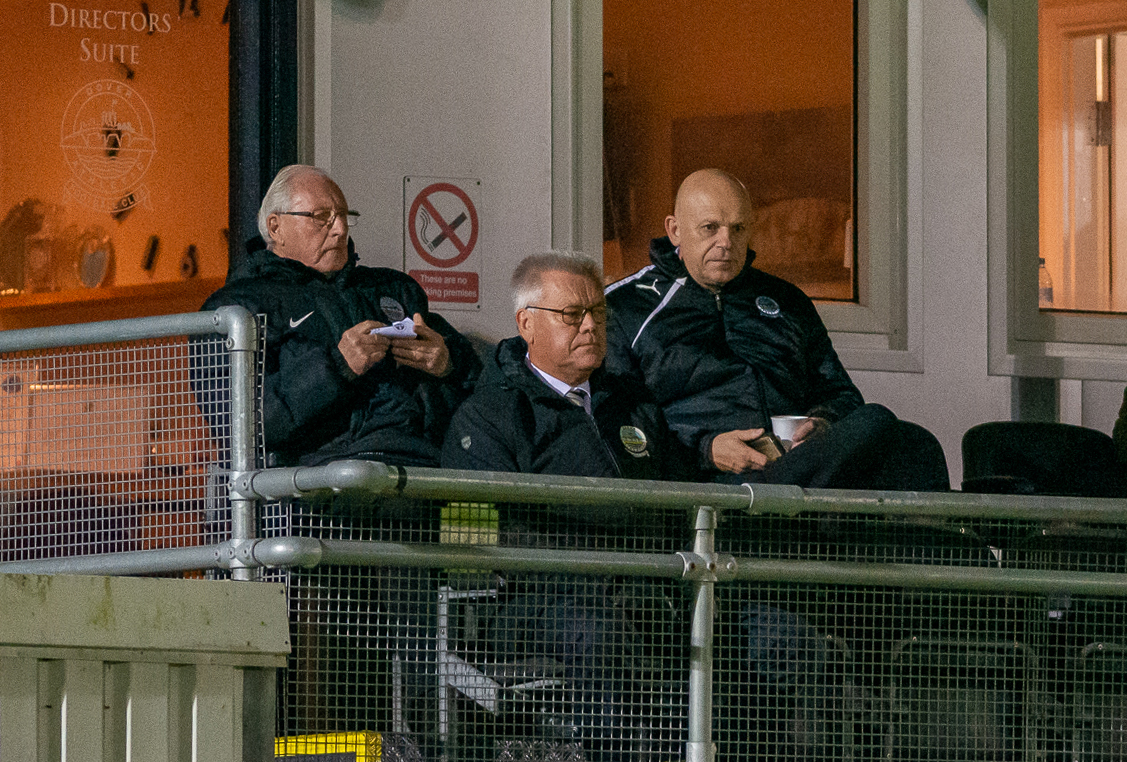 Chairman Jim Parmenter has issued a rallying call to the local community to get behind the club, on and off the field.

Mr Parmenter was left dismayed by a section of Whites support which turned on the management team during Saturday’s 2-1 defeat to Barnet at Crabble.

Speaking to Radio Kent’s and Kent Non-League Podcast host Matt Gerrard after the game, the Chairman admitted: “I thought it was pretty disgusting. I think the fans should be getting behind the team. What this town and community needs to do is get behind their football club. They know the trials and tribulations we’ve been through, for what I believe were the right reasons. I’ve made sure the club is here for the town. What we need is people to come to games and get behind the team. It’s only with people’s support that we’ll get ourselves out of this.

“Andy is working on a very limited budget, for reasons we all know, and with that budget, we have 24 players, quite a lot of them are young, and 11 were injured today. That’s the sort of thing he’s having to work with. It’s not a question of me backing Andy. If you know the facts, there’s nothing you can say about the manager – he’s doing the best he can with what he’s got available.”

Mr Parmenter renewed his appeal for investment in the club and also revealed the club was keen to attract new volunteers.

He said: “There’s a lot of work here done by a very few people. We need volunteers, we need investment and we need people to take an interest and get behind the club. What we don’t need is people criticizing the manager, the staff, the club, or players on social media or in the stands. It doesn’t do anybody any good. If you want the club here and for it to succeed then you need to get behind it and support it.”

“We’ve been looking for investment for years. Last week we went to Grimsby and they had a crowd of 6,000 and 100 people dining before the game. Our last home game we had 600 and 8 people dining. We’re competing with massive money in this league. There are 13 big, ex-league clubs backed by large crowds or very rich investors. Dover’s been up there competing with them for 16 years on very limited resources, but now we really do need more resources.

“I’m retired now, I’m getting older, the club does need an injection of money and a new modern approach maybe. It’s all well and good talking like that, but if nobody comes in to do it then I have to keep doing it, or the club folds.

“We’ve had no real serious interest at all. It surprised me a little bit but Dover is an unfashionable place, it’s not a London club that overseas investors go for. Dover is a backwater, the football club has been one of the success stories of Dover, for 16 years. Now we are struggling and what we need is the support of the town and the community.

“At the moment it falls on me to keep the club going. I’ve often thought about walking away but family and I have put a lot of time, money, and sweat in here. You’ve seen the developments we’ve made around the ground. We have a league standard ground and to see that fall and close would be a really sad event so we’re going to try to keep it going and see what transpires.”

Despite the appeal for investment, Mr Parmenter remains positive about the club’s on-field prospects, despite Whites finding themselves 17 points from safety after 11 games in Vanarama National League.

He said: “It’s not been a great year, everyone knows our position. We had a great groundswell of support for us throughout the country early on and we thought that might translate into gates but unfortunately, our gates have been quite low, which hasn’t helped.

“It’s only 11 games played, anything can happen, we’re not resigned to anything at all.

“We get a couple of wins together and anything could happen. It’s not over until the fat lady sings, as they say.

“I think we can survive in this division. Obviously, we’ve got to find some wins from somewhere. I’m hopeful we should have five or six players back for Saturday’s FA Cup game. Hopefully, that might be the turning point for us – if we get a win in that it could be the conduit for moving forward.”