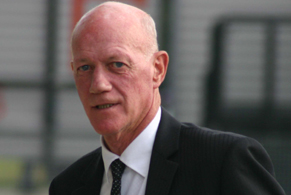 CLIVE WALKER has told his Dover team: “Buck up away from home or face staying in Ryman One.”

Whites were beaten at Molesey and have lost three games on the road.

And the Dover boss believes their poor form away from Crabble has got to be sorted out … and quickly.

With this in mind, the club are allowing Clive to freshen up his injury-hit squad with one or two new signings.

Whites face a low-key League Cup third round match with Ryman Premier club Leyton on Tuesday night at Crabble before a home date with Banstead Athletic on Saturday.

Clive said: “There seems to be something missing from us at the moment. I know we have injury problems but there should be enough about us to grind out results at places like Hastings and Molesey.

“The performances this week have been shocking and it’s not something we can tolerate if we’re to get out of this league. We’ve got to be up for these games every week. If you’re not, then you’re in danger of getting beat and that’s what has happened to us.

“We’re probably going to bring in a new player or two this week because we need more quality in the team. I’m not going to be signing players just to make up the numbers – they’re going to be players who are better than what we’ve got here now.

“This situation has been forced on to us a bit because of injuries to key players and the last couple of performances, which have not been good enough.”

Clive had the players down at Crabble for extra training this morning (Sunday). The Whites boss was waiting at the ground for his players as early as 10.30am in a bid to get to the bottom of the defensive blunders which are costing them dearly at the moment.

Molesey’s equaliser, from a deflected free-kick, came after another shocking refereeing decision. Video highlights on DAFCtv clearly show Craig Wilkins won a header fair and square, yet the official bizarrely awarded the hosts their set-piece.

However, as Clive is quick to point out, the team then need to show character to bounce back from such a set-back – and sadly they did not show enough and were punished in the second half.

He said: “It was a ridiculous decision. Everyone could see it was a great header away from Wilko – but that’s no excuse for our performance. It was poor.”

Clive was so furious with his side after the game, he did not want to be interviewed in front of the DAFCtv camera.

He said: “I might have said something I’d later regret.

“We’ve got to bounce back from what we hope is a blip and show that we’re good enough to get out of this division.”

Chairman Jim Parmenter said: “Obviously, we’re sticking to a budget – and things will have to be moved around a bit to allow us to get some new players in.

“Buster Smissen has gone on loan to Sittingbourne, so that frees some funds up, and we’ll be looking at other ways we can make money available to Clive. We don’t want to lose the momentum of our great start to the season.

“I’ve said all along that the board will do everything it can to ensure we get back out of this division.”