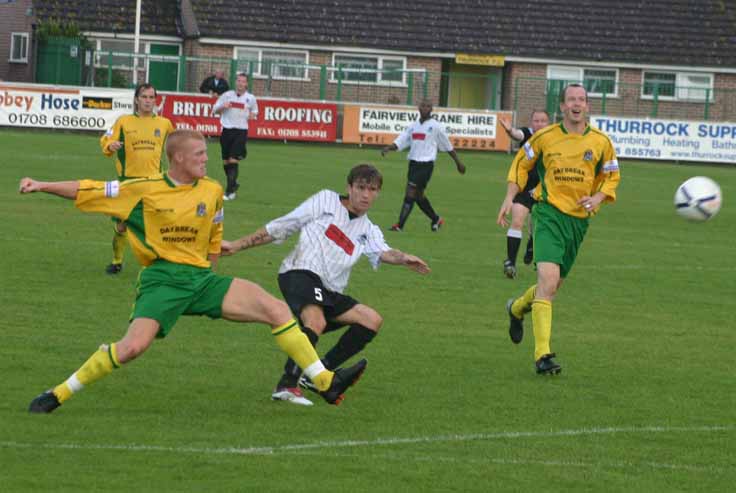 *BS*CRAIG CLOKE insists he is not seriously injured and should be fully fit to take on Met Police next Saturday.

*BF*The Whites defender – who has signed a new one-year extension to his contract committing him to the club until the end of next season – was carried off on a stretcher after being the victim of a late tackle at the end of the 0-0 draw against Maidstone at Sittingbourne.

But Clokey says he has only sprained his ankle and is confident of recovering in time to play at Crabble next weekend. He said: “Their guy has come in hard and late, and stamped on me. I had just cleared the ball when the player caught me and he even stamped on me too. The way I fell has sprained my ankle. At first, I thought I may have twisted it but that does not appear to be the case. I was carried off as a precaution. I could easily have limped off.

“It’s swelling a bit now and no doubt I’ll be feeling it in the morning – but, fingers crossed, I’ll be alright to play next Saturday’s game against Met Police.”

Both clubs wanted the game to be called off as conditions on the quagmire pitch got worse and a floodlight failure in one area of the field made playing dangerous.

Cloke said: “I’ve never played on such a terrible pitch. The game should never have gone ahead. It was very dangerous and when the floodlights failed in one area of the ground, it was obvious to both sides that we should call the game off.

“But the referee decided to continue and I am just glad no-one got seriously hurt. In my opinion, I was deliberately stamped on and found that disappointing. The referee then booked the wrong player, which says it all, really.”

Dover Athletic chairman Jim Parmenter has already confirmed the club will be making a written complaint to the Ryman League about the match due to concerns over health and safety.

Clokey said he was delighted to sign a new deal with his home-town club.

He said: “This is my club and love playing for it. I want to help the club get back up the divisions.”