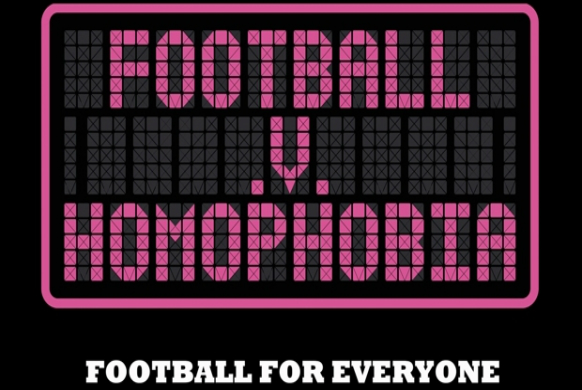 *BS*Dover Athletic Football Club are proud to announce that we will be presented with the Kent FA’s Equality Charter ahead of Saturday’s game against Southport – our designated Football v Homophobia (FvH) match.*BF*

The club support the scheme and Saturday’s game will see Whites join the international initiative opposing homophobia in football at all levels, from grassroots through to professional clubs.

Dover Athletic will be joining forces with Kent FA and FvH to take a clear stand against homophobia, so that everyone can enjoy football and ensure it leads the way in removing any discrimination or prejudice based on gender identity or sexual orientation.

In acknowledgement of Dover Athletic’s efforts to use football as a platform to support equal opportunity, Kent FA will be presenting the club with the Equality Charter shortly before kick-off.

The Equality Charter is a stamp mark to acknowledge the commitment of the county’s leading clubs to positively tackling discrimination and prejudice within the game.

Natalie Curtis, Kent FA Football Development Officer, paid tribute to the club for their support: “Clubs like Dover Athletic play such a pivotal role within their local community, they set the tone and example for how society should act and respect each other and I’m delighted they’ve taken such positive action to dedicate Saturday’s home game to tackling homophobia in the game.”

Kent FA Equality Advisory Group Vice-Chair, Brian Silk added: “By signing Kent FA’s Charter and making a commitment to tackling discrimination, Dover Athletic is showing that it is welcoming to all. I wish Dover Athletic continuing success in making football for everyone.”