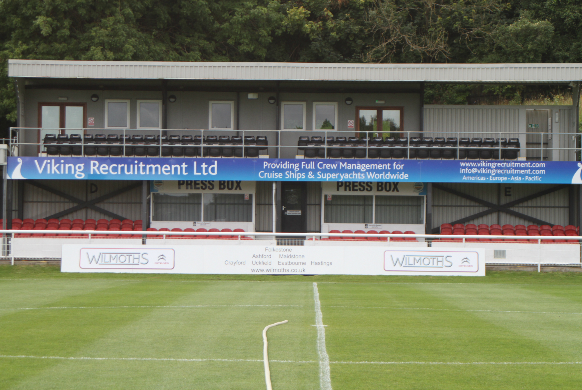 *BS*Further to an article that has been published by the Torquay Herald Express this morning, Dover Athletic Football Club would like to make a statement and clarify the position regarding Toby Ajala.*BF*

The club were very disappointed to read quotes in the local newspaper stating that Torquay United are preparing to take Dover Athletic to an FA tribunal and are seeking compensation for the player who joined us in September.

Prior to Tuesday night’s 3-2 victory at Plainmoor, Dover Athletic chairman Jim Parmenter met with officials from Torquay United and, when the issue was raised, clarified that no compensation was due, as per regulations.

We have no case to answer in relation to these allegations. We have not used a loophole or acted in an inappropriate or underhanded manner, we have simply applied the regulations that all clubs have to work to. We are disappointed that Torquay United have approached the press prior to any discussion on the subject but trust that following clarification of the regulations last night, the matter is closed.

Dover Athletic trust that this draws a line under the matter and that our focus can now continue to stay on this season’s Vanarama National League campaign.