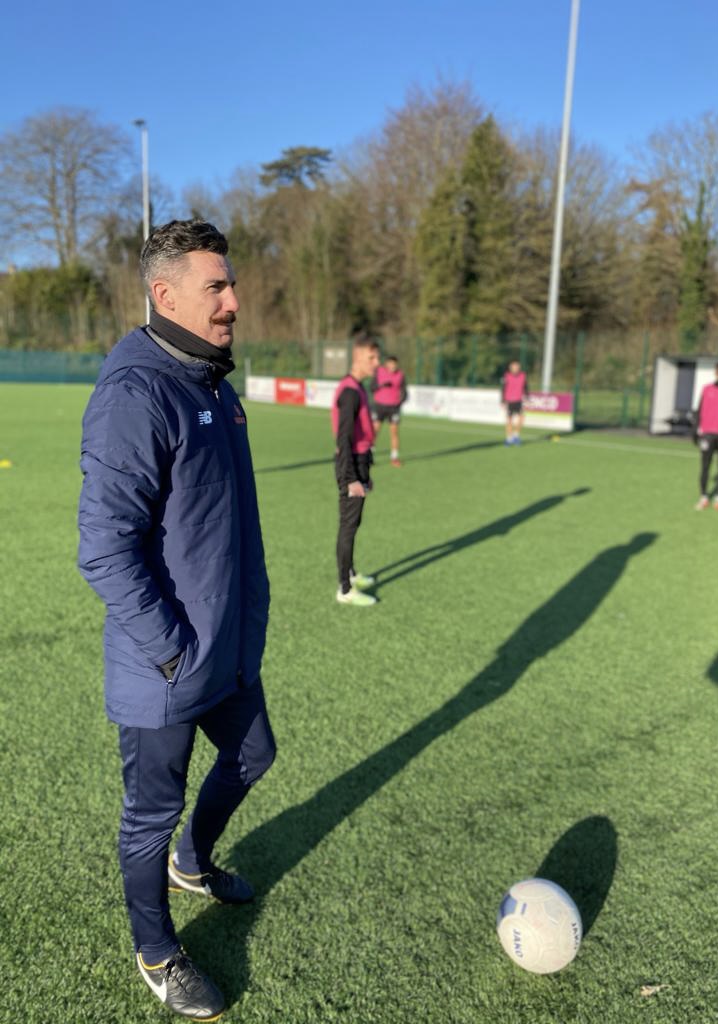 You see, it was the former Premier League defender’s friendship with Wood that led him to become part of manager Andy Hessenthaler’s coaching staff in December.

The Kent-born Ridgewell, who played in the top-flight for Aston Villa, Birmingham, and West Brom, said if it wasn’t for his best mate, he would not be relishing the opportunity he’s now got at Crabble.

He said: “Woody called me and asked if I would like to come in and help with some defensive sessions and shape work.

“I was doing some work with the Aston Villa youngsters at the time, but when they broke up for Christmas it meant I could come to Dover.

“I jumped at the chance to come here as I am doing my coaching badges and it was a great opportunity to put what I know and have been learning into practice at a senior level.

“The Gaffer has been absolutely brilliant and given me free rein to get on with it and the lads have responded really well.

“I was originally only going to come in for a few sessions, but with Darren (Hare) leaving, there was a chance to do it full-time and I am loving every minute of it.

“I keep messaging Woody and thanking him for getting me in – I honestly cannot thank him enough.”

Ridgewell also thanked the ‘Gaffer’ for letting him join his team.

He said: “I didn’t know him before I came in, but I’d heard all about him through the football grapevine.

“He’s an old school manager, just like my managerial idol, Roy Hodgson, and it’s great to see how he goes about his work.

“I’ve played a lot of football in my career, but you can never ever stop learning in this game.

“I want to be a manager one day and being with Dover and working with Hess and Trigger (Nicky Southall) is all part of that learning curve – it’s only early days, but I am picking up bits and pieces all the time.”

Ridgewell, 36, retired from playing after a brief stint with Southend United ended in January 2019 – he has no plans to make a comeback!

He said: “I can tell you that the Gaffer and Woody keep plugging away at me to play again, but my time is done – I’ve had my fun.

“I’ve joined in a few training sessions with the lads but they have taken their toll.

“I’ve had to have an hour-long bath when I get home after each of them to recover,” he laughed.