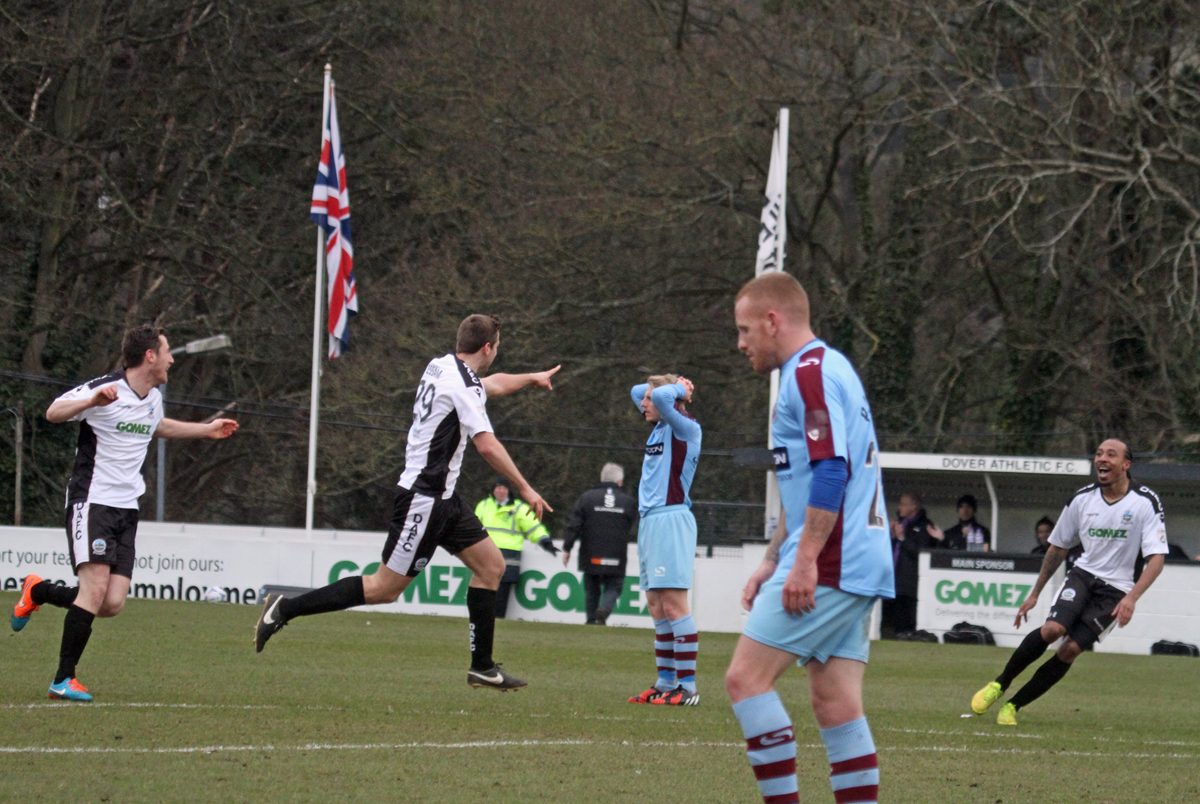 Nick Deverdics’ tackle inside the Tynesiders’ six-yard box saw the ball loop over the area and into Essam’s path who struck a sweet first-time volley off the post and in.

Chances were few and far between but Essam’s wonder strike deservedly clinched the three points and sees Whites just 10 points off the play-off positions.

*Q1*Chris Kinnear’s side entertain Grimsby Town next on Tuesday evening, and the manager was pleased with another excellent performance at Crabble.

“I thought it was absolutely outstanding today and the players did great,” said Kinnear, “we set it up for the second half by breaking them down a bit in the way that we played. We really were the better side today.

“I didn’t want to make a sub as everyone had worked so hard – I just could not change it! We have got such good balance and though individually Gateshead’s players are probably better than ours, it really shows how important to have the right players on the pitch to win games.”