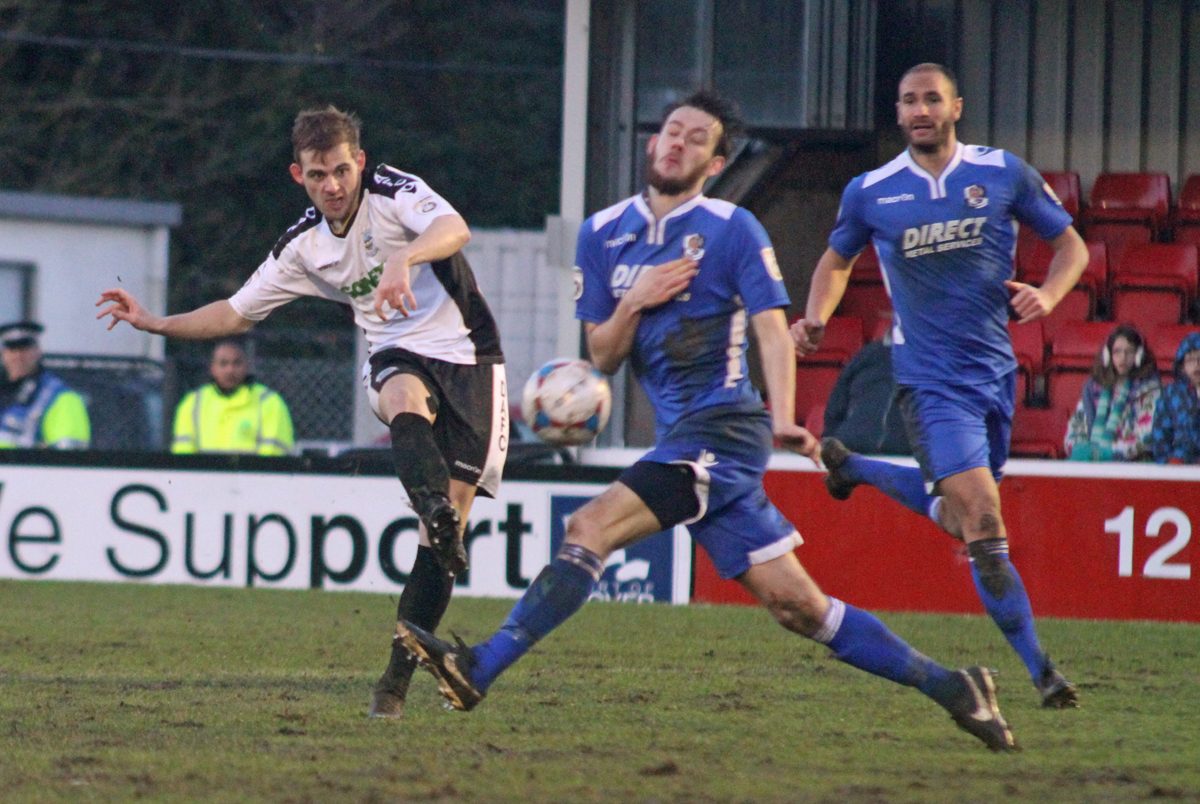 *BS*Dover Athletic recorded an emphatic victory over Kent rivals Dartford at Crabble in the Vanarama Conference as they stretched their unbeaten league run to 12 games.*BF*

Tom Murphy bagged a brace while Nicky Deverdics, Richard Orlu, Liam Bellamy and Barry Cogan also got on the scoresheet as Whites hit six at Crabble for the first time since a 6-3 win against Farnborough in 2010.

Deverdics’ header crossed the line but Dartford found themselves on equal terms as Harry Crawford’s equaliser cancelled Deverdics’ opener, before Orlu’s thumping header restored Dover’s lead on the stroke of half time.

Whites breezed past a poor Darts side in the second half as Murphy’s wonderful curling effort was followed by Bellamy’s first goal of the season just two minutes later.

Cogan confidently converted a penalty for his second goal in four games before Murphy finished the scoring for Whites as Chris Kinnear’s side moved closer to the play-offs.