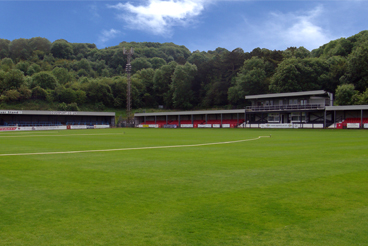 *BS*Club groundsman Dick Peters has been recognised by the FA for his outstanding work preparing the playing surface at Perrys Crabble.*BF*

He was awarded 2nd place in the Conference by the Football Association. Only Fleetwood’s Dale Firth finished higher.

Dickie’s consistently high standard has been of huge benefit to Dover Athletic, contributing to the club’s success on the pitch, supported by investment into drainage and equipment.

Congratulations Dickie from everyone at the club. Your skill and hard work is hugely appreciated by supporters, management and players alike.

These prestigious awards were formally handed out at Wembley Stadium today (Tuesday 4th October) to all those all those hard working groundsmen (and in two cases – groundswomen) who with their club staff were adjudged by a panel of experts to have the best pitches from Step 1 to Step 7 in the non league pyramid.

In recognising their dedication and expertise, which goes into preparing the best playing surfaces possible, it was pleasing to see the Football Conference well represented, as is shown by the five clubs who were asked to step forward to receive their mementos.

Congratulations are in order therefore to:

The ultimate accolade as being the best pitch and playing surface amongst the 68 members clubs in 2010-11 was awarded, rightly so, to Dale Firth who is in charge at Highbury Stadium the home of Fleetwood Town.

The FA through their Pitches and Facilities sub-committee also announced that they would be seeking to extend funding to clubs to be able to purchase better and more modern equipment and would also be making available to clubs a pool of the more expensive machinery which they could have access to for major works.

For all winners, as part of their day at the home of football, they were able to tread the hallowed turf and ask questions of the stadium’s grounds manager Tony Stokes. Another highlight was to hear direct from Alan Ferguson, the FA’s head groundsman at the soon to open St Georges Park in Staffordshire, around the preparation of the 12 pitches on which the cream of the English game will be able to train for major matches as of July 2012.