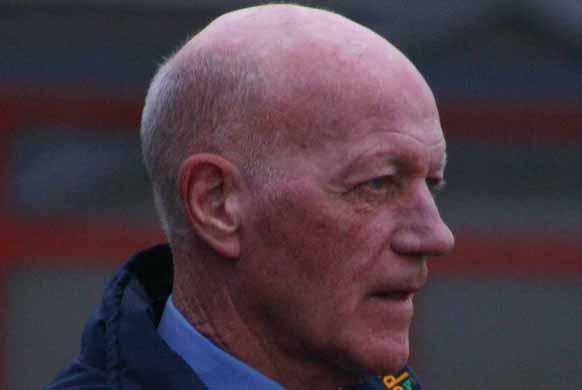 DOVER ATHLETIC’S board of directors have today announced that they are giving manager Clive Walker a public vote of confidence.

The Whites directors held a full board meeting on Thursday night and all agreed that the club are right behind Clive and his team in their efforts to gain promotion to the Ryman League Premier Division.

It goes without saying that results have been disappointing in recent months after a bright start to the season – but the club would like to make it clear that they will be honouring Clive’s contract, which does not expire until the end of the season.

Chairman Jim Parmenter said: “Clive will not be sacked. We’d like to make that clear. We agreed a contract with Clive, which still has a few more months to run – and we’re going to honour that agreement.

“We entrusted Clive to help reverse the club’s on-the-field fortunes when we appointed him as our first-team manager in January 2005.

“The club had high hopes for the season and promotion was naturally the target. We wanted to win the title or automatic promotion – but at the very least win promotion.

“We can still win promotion to the Premier Division. The team needs to roll up its sleeves and go for it. We need to get on a good run and can do it.

“I want all the fans not to give up faith. Get up to Crabble, cheer us on, get behind our efforts and let’s see what happens.

“Clive and the team need our support now. Let’s all do that – and we can look back at what happened this season in the summer. But, at the moment, we can still win promotion. There’s still a good chance but let’s get it going.”

Meanwhile, Paul Harrison’s position as a non-executive director on the club’s board, as the Supporters Trust’s representative, has been confirmed.

Ritchie Hulks will take over as chairman of the Supporters’ Trust board with Ashley Forecast his deputy. They will hold these two positions until the Trust’s annual meeting in May.

Paul said: “There has been an excellent working relationship between the club board and the Supporters’ Trust since their takeover and it is vital that we all work together for the good of Dover Athletic Football Club.”