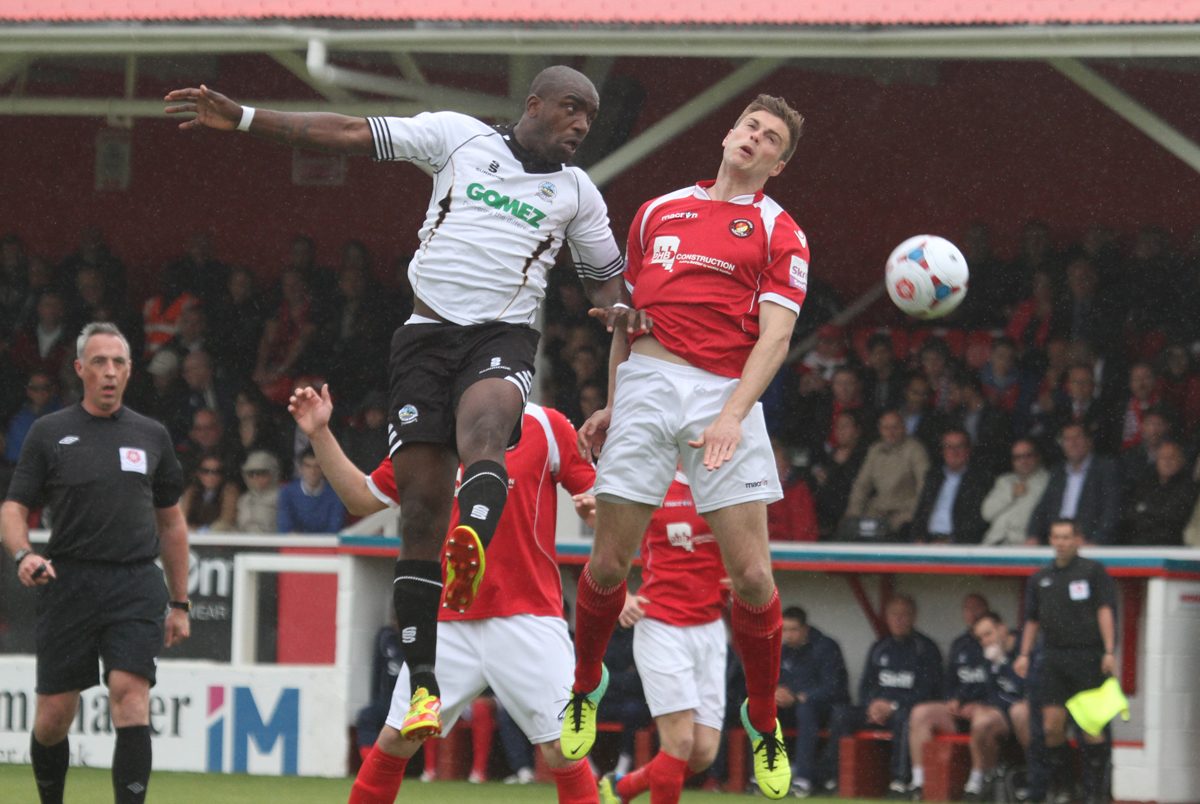 *BS*Striker Nathan Elder, who scored the goal to send Whites into the Conference Premier, has committed his future to the club for another year.*BF*

Elder’s second-half strike against Ebbsfleet United wrote him into Dover folklore, and the club are delighted to announce this evening that the experienced frontman has agreed a new one-year contract.

The news follows yesterday’s announcement that captain Craig Stone has committed his future to Whites, meaning that many of the key players in last season’s campaign are now set to help the club in their first season in the Conference Premier for over a decade.