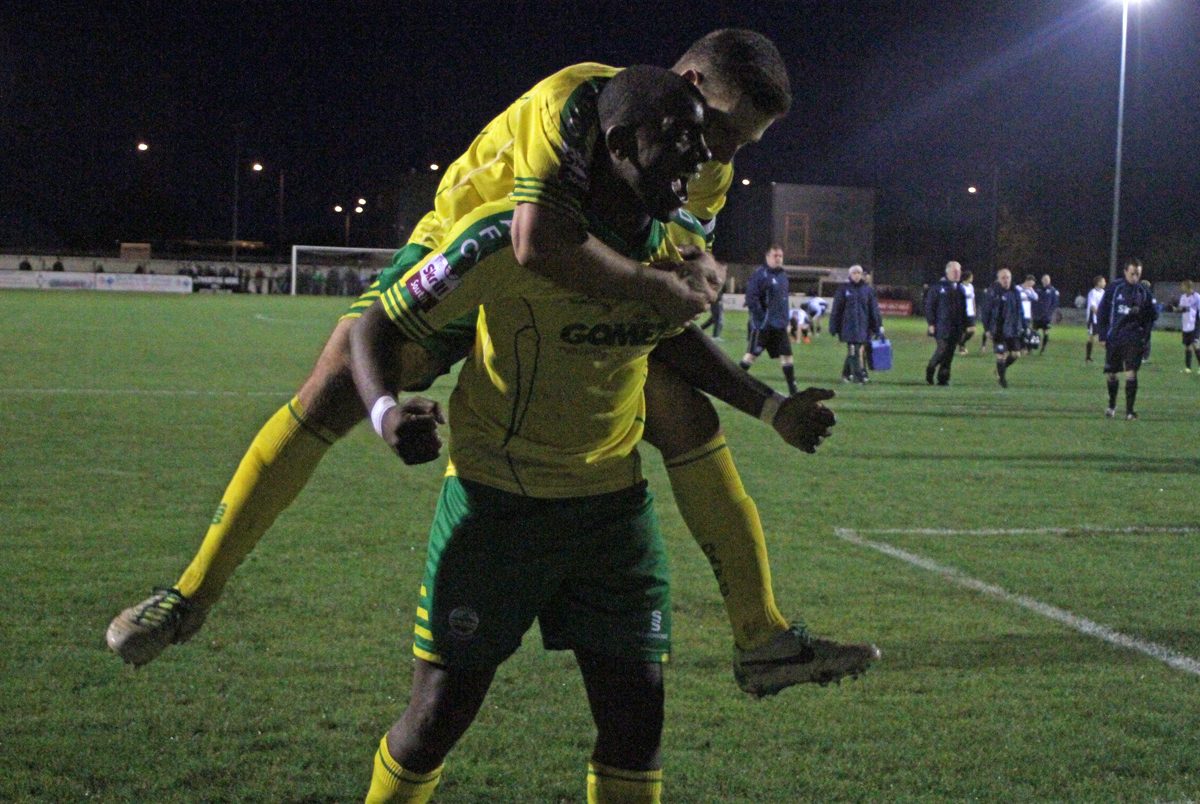 *BS*Dover Athletic striker Nathan Elder speaks to Jack O’Sullivan ahead of the weekend’s FA Cup tie with MK Dons, assuring fans that he believes the side can cause an upset.*BF*

Elder has been instrumental in Whites’ season thus far, not least for his goalscoring record in Cup competitions – in nine knockout matches, the striker has scored seven goals – including three in four FA Cup matches.

Therefore, it’s of no real surprise that the ex-Brentford hitman is likely to be a key part of Whites’ attempts to cause an FA Cup shock at Milton Keynes on Saturday. In addition to his ability to find the net, Elder’s strong physique means he is the ideal target man and some of his hold-up play has been astounding.

Last Saturday’s draw in the FA Trophy away at East Thurrock set up a midweek replay, but Elder feels this has not hindered their planning for the Cup: “Our preparation has been going great. Everything’s coming together really well, and playing on Tuesday night did help.

The manner in which we won, and the confidence going through to the next round gave us, means that we enter the MK Dons match fully ready.”

Elder opened the scoring against the Essex side in the week, continuing his fine run of form in Cup competitions since his arrival from Skrill South rivals Ebbsfleet United six months ago. Despite only having one league goal to his name, Elder’s seven in the FA Cup, FA Trophy and Kent Senior Cup signify his importance to the side in big games – but isn’t an anomaly he can explain: “I’m not sure why I’ve got so many more goals in the Cups than in the league, but hopefully that can continue on Saturday!”

Whites fans will be hoping Elder can indeed continue this streak at Milton Keynes – after all, Whites have won every game in which the striker has scored, and he approaches Saturday full of hope: “This is a big, big game both for the club and for me personally. I really think we can go there and get a result – if we play to our best, we have a chance. There’s no reason we can’t get a draw at least and bring them back to our place. We have nothing to fear.

There have been bigger upsets in the history of the competition, so we may be big underdogs but we’ll give it our best shot. There’s a great mixture of youth and experience in the side, and I’d much rather be in our position going into the match than MK Dons’ – they’re expected to win.”

Elder is realistic in his acceptance that, whilst Whites do have a fighting chance in this round, their FA Cup run is not likely to extend far into January – but holds high hopes for a successful league campaign: “It’s my aim to bring the number of goals I’ve scored in the Cup competitions into our league matches. I’ve been in good form recently and am looking to go out there in every game and keep performing.”

Whilst most non-league players would dream of a trip to Old Trafford or The Emirates in round three, Elder has his sights set lower: “If we were to get through, I’d love to play Brentford, my old side.”

The 28-year-old made 44 appearances for the West London side during an 18 month spell in 2008 and 2009, scoring 10 goals in the process and was part of the Griffin Park squad in their League Two winning season.

Elder has experience of playing professional football against the standard of players he will face again on Saturday, and is relishing the opportunity to prove he still has what it takes.