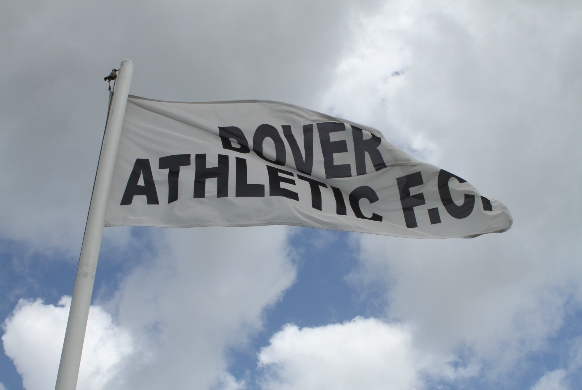 *BS*The club held their end of season awards evening on Saturday, with Stefan Payne and Ricky Miller both picking up two awards apiece. Supporters, players and staff alike all celebrated this season’s successes in a packed centre spot, with Chairman Jim Parmenter and manager Chris Kinnear also giving speeches to the audience.*BF*

After Saturday’s final match of the regular season, against Forest Green Rovers, a large crowd made their way to the Centre Spot for the club’s end of season awards evening.

The Club Person of the Year award was voted for by the club’s board of directors, and went to one of our unsung heroes, who volunteers their time and works tirelessly behind the scenes to make a big difference around Crabble. The winner of this season’s award, presented by Dover Athletic Chairman Jim Parmenter, was *BS*RAY KELLY*BF*.

The Golden Boot award goes to the player who has scored the most goals in all competitions up until the end of the regular season. Presented by Nicky Deverdics, this season’s award went to *BS*STEFAN PAYNE*BF*.

Next, we had the Players’ Player of the Year award. This went to a man who, in the eyes of his fellow players, deserves that extra bit of recognition for what he provides to the team, at training, and around the club in general. Presented by Jamie Grimes, this season’s award went to *BS*STEFAN PAYNE*BF*.

This season, Whites scored a number of truly memorable goals. Presented by Dover Athletic manager Chris Kinnear, this season’s award went to *BS*RICKY MILLER*BF* for his goal against Chester, which went viral and was viewed by millions across the world.

Finally, we have our Supporters’ Player of the Season award. This is another one that was very closely contested – we also received a lot of votes for ‘the whole squad’, summing up just how people feel about everyone’s efforts.

Dover Athletic Football Club would like to congratulate all winners on their awards, plus supporters for voting and attending last night’s event.