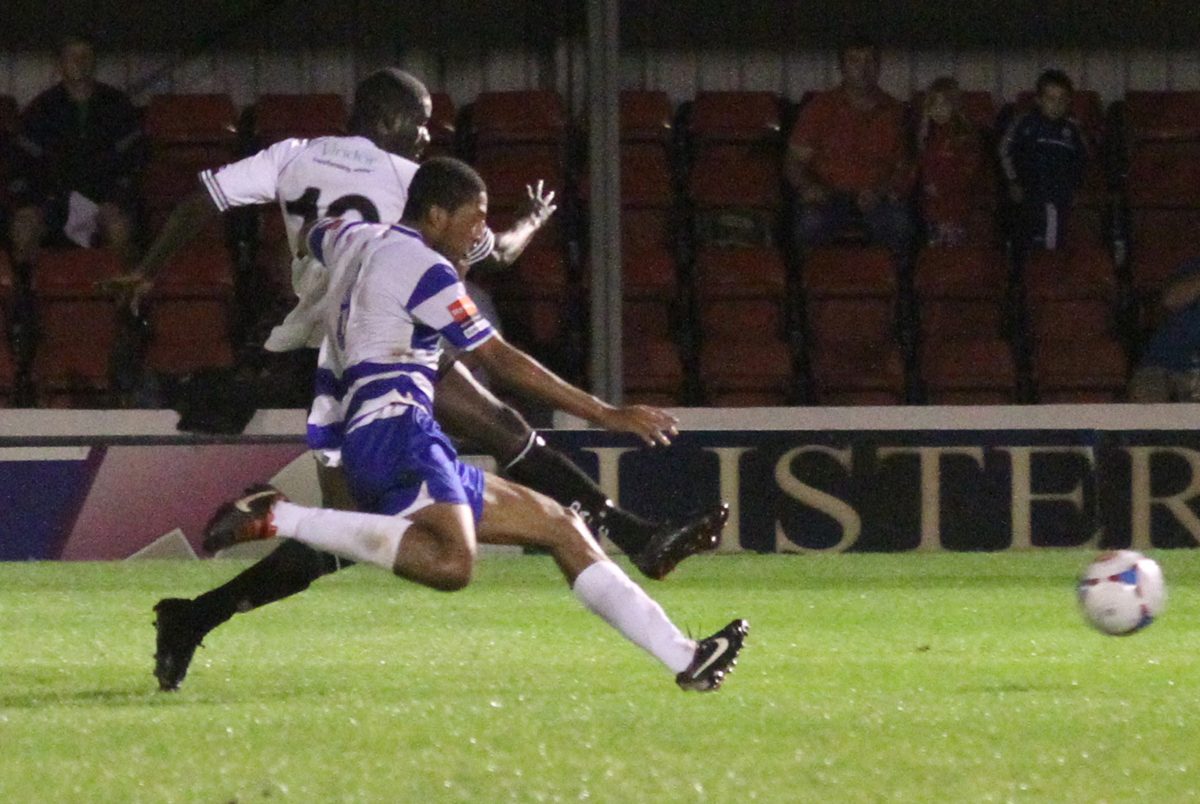 *BS*An impressive eight-goal victory against Margate four weeks ago, which equalled the club’s biggest ever competitive win, meant Chris Kinnear had a happy outcome in his first match against the Kent rivals he joined the club from at the start of the year.*BF*

A hat-trick from striker Michael Bakare, in addition to a brace from Ashley Carew and goals from Nathan Elder and Barry Cogan – plus a John Beales own goal – saw the majority of the 243 leave Crabble delighted.

Whites entered the game knowing that a win would see them face the winner of the match between Erith & Belvedere and Gillingham, and it would have been easy to assume that a clash against the Priestfield side was likely.

However, where Whites succeeded in progressing, Gillingham failed – fielding a young side away from home, and with manager Martin Allen watching from the stands, they raced into a two-goal lead courtesy of Kayne Haysman and Nathan Nyalfi. A spirited comeback from the home side saw the match end level at the end of normal time, and a goal in the second half of extra time sent Erith & Belvedere through to the Second Round.

The Ryman North side – who won the Kent League last season – occupy 13th place in the league going into the match, but have picked up just four points from a possible 18 away from home. The side’s last victory away from the Park View Road ground they share with Welling United came on August 17th, a 1-0 win against Burnham Ramblers.

As with the First Round tie, Tuesday night’s match will give Chris Kinnear an opportunity to have a look at a number of players who have not featured a great deal in the current campaign, either through injury or due to the competition for places enjoyed in many areas. Michael Bakare is likely to be given a starting place and will aim to increase his Kent Senior Cup goal tally, whilst Moses Ademola, Ashley Carew and Liam Bellamy could also feature in the manager’s plans.

Midfielder Kevin Lott is the only current Erith & Belvedere squad member to have played for Dover.

Kick-off is at 7.45pm at Crabble and both sides will be hoping to progress to the Quarter Final stage, just two matches away from a Final which shall be held at Gillingham’s Priestfield Stadium as part of the competition’s 125th anniversary.