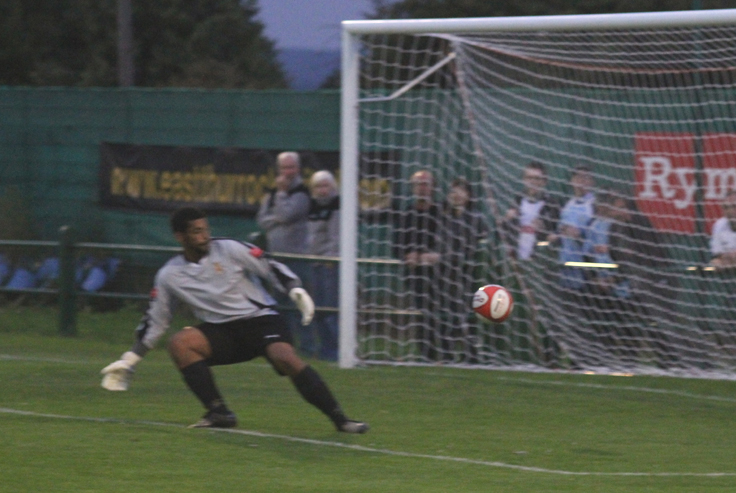 *BS*Dover Athletic face their eighth cup game of the season on Saturday, and with a 100% thus far there is every reason to be confident – especially given the side’s overall form.*BF*

With ten wins, one draw and just one defeat from their previous twelve games, and fresh off the back of an emphatic 4-0 victory away at Chelmsford City, Dover will really start to feel that they have turned the corner and are now able to turn this season into a successful one.

The club still bring involved in four competitions approaching December – the Conference South, FA Cup, FA Trophy and Kent Senior Cup – has previously been a rare achievement. Despite Saturday’s opponents being in a lower division to Dover, and with a trip to MK Dons to enjoy next weekend, the signs are that manager Chris Kinnear will take this competition as seriously as ever, and be determined to progress to the next round.

Speaking after the draw was made, Kinnear said: “There would have been a time early in my career when I would have prioritised the league, but nowadays I just want to win every game. There’s no reason why a club like Dover, with a squad as strong as ours, can’t be competing in several competitions. We want to win them all.”

Whilst lifting the FA Cup is – let’s be honest – unlikely, the general consensus is that there is no reason why success cannot come in the Trophy. The furthest the side have reached in the competition is the semi-final. In the 1997/98 season, Whites reached the last four stage but missed out on an appearance at Wembley, losing to Cheltenham Town.

Midfielder Liam Bellamy states: “The club want to win the Trophy, and I think we can win it too – the cup runs have so far been great for everyone involved with the club.”

The prize money from cup competitions have so far seen almost £50,000 added to the club’s coffers, with an additional £5,000 on offer for the winners of Saturday’s match.

Opponents East Thurrock United currently sit in 18th place in the Ryman Premier Division, having won two, drawn one and lost four of their seven matches at their Rookery Hill ground so far. They are at this stage of the competition, just one round away from their best ever performance, on the back of wins against Eastbourne Town (0-0, 6-2 in the replay), Canvey Island (2-0) and Merthyr Tydfil (4-2).

The sides met in a pre-season friendly in 2011, when goals from George Purcell and Donovan Simmonds sealed a 2-1 victory for Dover.

Their overall form in the last seven games is impressive, with five wins, one draw and one defeat – meaning that they are likely to hold their own confidence coming into the match. Top scorer for The Rocks is Leon McKenzie, with eight goals from 18 appearances. Also in John Coventry’s side is ex-Whites midfielder Simon Glover, who joined the club in September after a spell at AFC Hornchurch.

Despite an unfruitful start to the season in front of goal, Whites have now found the net 14 times in their last six games, with four of those six seeing the side win to nil.

Barry Cogan will miss the game with this being the third and final match of his suspension.

This match – along with the scheduled Kent Senior Cup quarter-final clash away at Dartford on Tuesday night – gives players a chance to impress Chris Kinnear ahead of the forthcoming FA Cup tie with MK Dons.