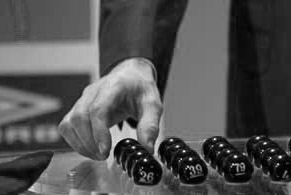 *BS*SUTTON UNITED of BlueSquare South is Whites’ home draw for the 3rd qualifying round of the FA Trophy.*BF*

Goals from Frannie Collin and Jimmy Dryden saw Athletic fend off higher division opponents Brackley on Saturday in a 2-1 win on home turf.

Andy Hessenthaler will no doubt be confident of his side’s ability to progress further despite a tough test against a team two divisions higher.

FA Trophy games against Sutton are not new to Whites, having twice been tied against the Surrey club in the 90s at Gander Green Lane. Hessenthaler will be pleased that SeaFrance Crabble will play host to this tie though.

Sutton have had a difficult start to the season, currently seven points from safety at the bottom of BlueSquare South, having won only once in the league so far and scored just 10 times in 14 league matches. Manager Ian Hazel resigned a month ago and was replaced recently by Ernie Howe, who masterminded Basingstoke’s success between 1994 and 2006.

Dover fans will hope Howe does not inflict the same kind of suffering on them as he did as Basingstoke boss about 10 years ago, when the then Ryman League outfit defeated Whites at Crabble in the FA Cup.

*Lpic1*A familiar face in the Sutton line-up will be accomplished defender John Scarborough (pictured right with Shaun Welford for Dover in 2004 – obscured by then Windsor goalkeeper Chuck Martini), who had an all-too-brief spell in a white shirt under the caretaker-management of Gary Whittle during the club’s difficult Ryman Premier season in 2004.

Prior to the FA Trophy tie, Dover have four league games to focus on. On Tuesday Whites travel to Sittingbourne and then Chipstead on Saturday. Two home games in three days will follow against Corinthian-Casuals and league leaders Tooting & Mitcham. 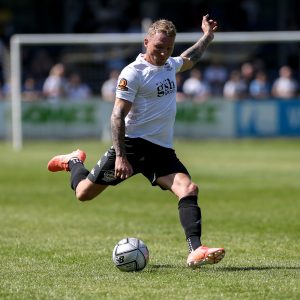