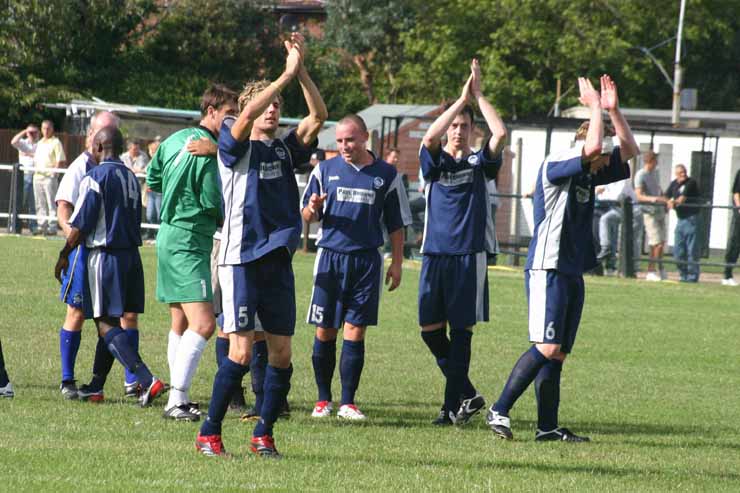 Our loyal online support base has raised more than £1,000 so far this season via PayPal.

Some of these donations have been for the WhitesLive subscription services, which have secured audio commentary for all the league games this season, as well as inspiring the web team to create extra audio interviews with the key people at the club for the benefit of subscribers.

The online services produced at doverathletic.com, particularly the matchday commentary requires a lot of time and money to keep it going. Seeing money being generated for the good of the club via subscriptions and donations is a superb incentive to commit to continuing and improving the services.

Monies given via the general donation button on the home page are going straight to the club to help pay off the remaining chunk of debt in the form of the bank overdraft. Any money given in WhitesLive subscriptions that is not needed to cover costs will also go to the club for this purpose.

Chairman Jim Parmenter and his wife Sally agreed to clear the remaining CVA debt two months ago, saving the football club an agreed payment of £3,000 per month to its creditors. Now they are determined to make sure no debt is hanging over the club, as the board of directors, management and players aim to give the the loyal supporters the success they deserve and a club the town of Dover can be proud of.

The release from the CVA and then the bank overdraft will give the club a solid financial foundation to build on. Then the directors will be able to solely focus on investing in the team and improving the club off the field, such as redeveloping the clubhouse facilities at the ground.

*Q1*A lot of time and effort has gone into securing the future of the club, especially by our incredible supporters and donations from our friends around the football world. Now it is the aim of the club to reward this generosity, commitment and ever-present support with a successful team and a bright future.

The directors of the club are ambitious in their aims, setting high goals for the club to reach for on the field by aiming for Conference football and beyond.

You have enabled the club to survive. Now you are helping it to build on that with your continued support and donations. The club will not achieve its goals without you.