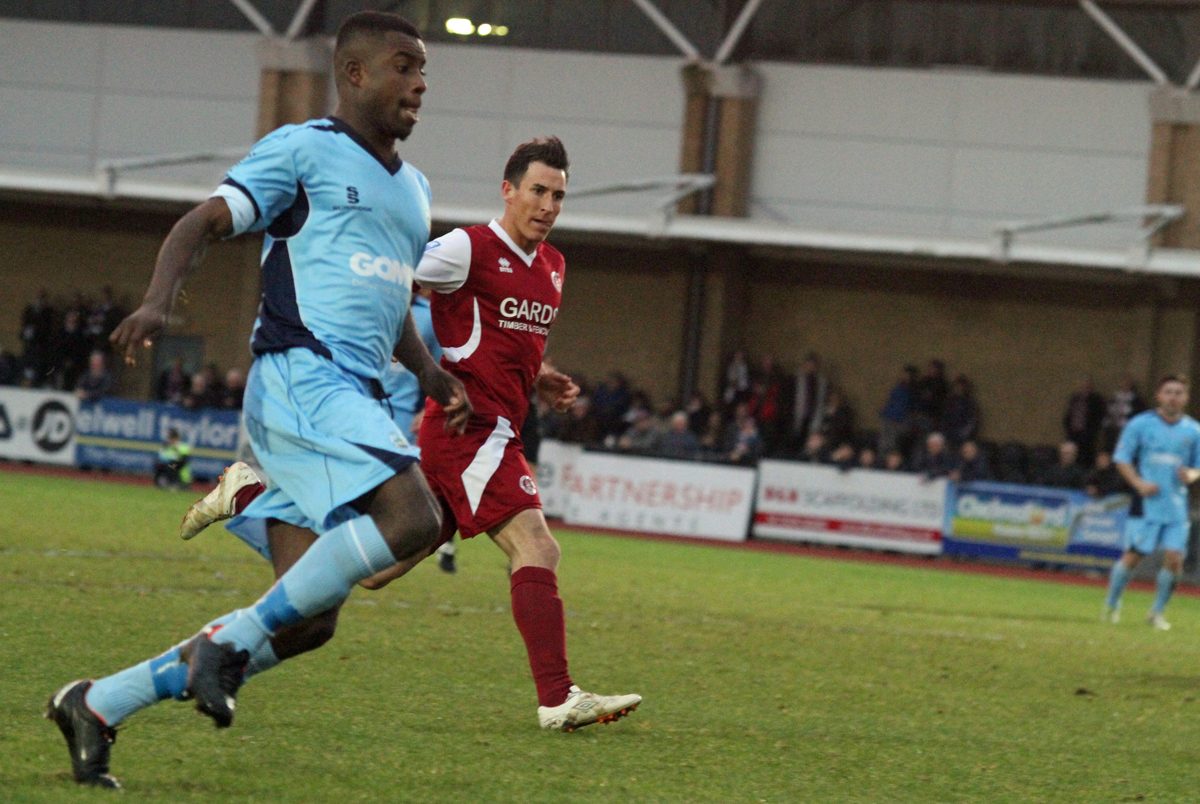 *BS*Whites’ right back Chris Sessegnon speaks to doverathletic.com about Tuesday’s home win, the belief given to him by Nicky Forster and learning his trade game by game.*BF*

Following on from Tuesday’s comprehensive 4-1 victory, ‘Sess’ was delighted by the result and team performance against a physical Billericay side.

He said: “Everyone worked really hard for each other. Steve Brown said before the game that we need to come off the pitch at the end with no energy left, which we did.”

Sessegnon, 19, who hails from South London, has been excelling at right back in recent weeks and is happy to play in whichever position is asked of him: “I don’t mind where I play really; I do what I can for the team and I’m just enjoying playing with the first team.

“I have filled in at right back previously at other clubs, so I pretty much know what to expect and am learning game by game. I’d play at centre back if they asked!”

*Q1*Chris feels promotion is well within reach for Whites this season: “We have the players to win the league or go up via the play-offs. Football is a cruel game so we have to keep working hard.”

The youngster also admitted he would love to make the step up with Dover, even though he has yet to taste taking to the field at non league’s highest level.

Chris said: “If Dover offer me a place next season, I would be happy to step up to the challenge.

“At the start of the season, the manager said we are all playing to keep our shirts. When I was out of the team, he told me it would take time and to take my chance when it came. He believes in me.”

Sessegnon, who played for Sutton United and Tooting & Mitcham last season, compared his style of play to that of Manchester United’s Ecuadorian winger / right back, Antonio Valencia.

“He is really consistent and keeps everything simple. I want to be like him, a player people can rely on.”