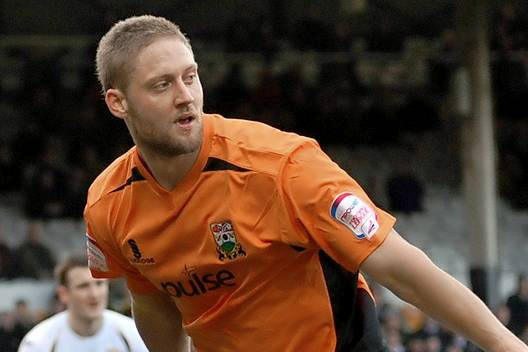 *BS*Dover Athletic are pleased to announce the signings of Ben May and Chris Sessegnon 10 days before the new league season starts.*BF*

Right winger Sessegnon has featured in two pre-season friendlies on trial, playing the full 90 minutes at Ebbsfleet on Saturday.

28 year-old May is a tall centre forward with more than 200 Football League appearances. Born in Maidstone, Ben returned to Kent after leaving Stevenage at the end of last season. He has been training with Gillingham in recent weeks.

Ben started his professional career with Millwall, scoring 19 goals in 95 appearances. After loan spells at Colchester and Brentford he joined Scunthorpe, making 50 appearances in two seasons. He went to Stevenage in 2010 and then Barnet on loan, scoring four goals in 11 games at the end of last season.

Sessegnon turns 19 years old on Friday and previously played for Sutton United, where he gained experience of Blue Square Bet South football last season. He has also had loan spells with Kingstonian and Tooting & Mitcham United.

Nicky Forster now has a first-team squad of 21 players, including himself, ahead of *Link1* and the first league game at home to Farnborough on Saturday 18th August.