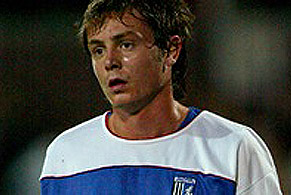 *BS*FRANNIE COLLIN is excited about the challenge that lies ahead after signing for Dover Athletic.

*BF*Collin, 20, was released by Gillingham this summer but is hoping to show them what they will be missing by helping to shoot Dover to promotion this season.

He said: “I’m hoping to get 25 goals minimum – and can’t wait for the season to start. I’m hungry and want to help take Dover up this season.

“They’re a good club and with Andy Hessenthaler and Darren Hare at the helm we have two good people who can guide the club in the right direction.

“I felt I didn’t get a fair chance at Gillingham. I was disappointed to get released but that’s history now – and I’m looking forward to this new challenge.”