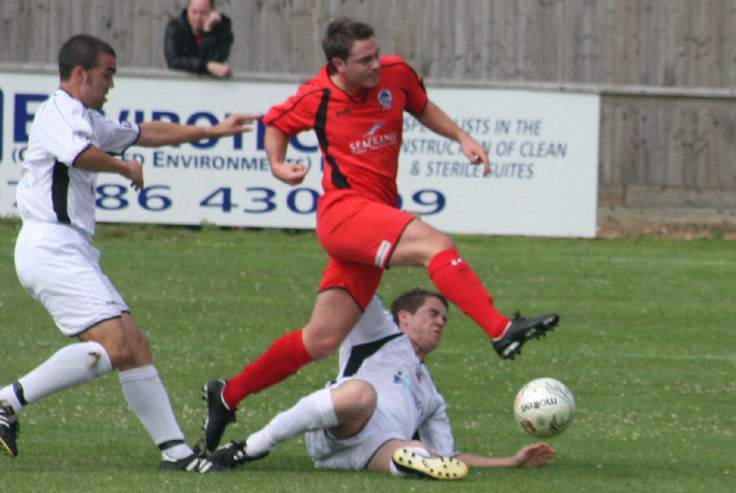 *BS*WHITES started their season brightly with a 1-0 win at Kent League side Faversham, fielding 22 players including a number of triallists hoping to impress Andy Hessenthaler.*BF*

Dover dominated the game from start to finish but found it hard breaking down an experienced Faversham defence, including Lee Shearer and ex-Maidstone captain Lyndon Rowland plus ex-Whites keeper Kevin Readings.

Dover started with a strong eleven in a 4-5-1 formation, including new signings Olly Schulz and Sam Jones from Ramsgate. Triallist Jerahl Hughes was given a chance to shine on the right wing and showed some good touches.

A combination of good goalkeeping by Readings and lack of the right final ball from Whites meant the score stayed at 0-0 at half-time.

Manager-only Hessenthaler, not including himself in the squad, changed 10 players at the break. New signings Sammy Moore and Dean Hill came on, as did four more triallists – right back Jason Moore (Sammy’s brother, who played for Dover in the Conference under Bill Williams), central defender Josh Maasbach, central midfielder Lloyd Skinner and striker Nathan Bailey. Goalkeeper Rob Lindley also got a chance to impress midway through the half.