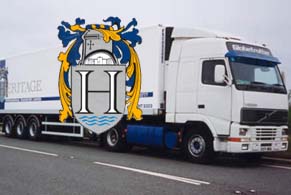 KEVIN KING, managing director of Heritage International Transport Ltd, pledged £250 for every other £250 received by the Fighting Fund yesterday – and it raised a staggering £7,000.

King, who is a big Whites fan, promised on this website’s fans forum to match all £250 pledges and donations until he had paid a maximum total of £5,000.

The club received 14 donations, for a total of £3,500, and King’s company will match that – meaning the Fighting Fund will received £7,000 from just one day’s fundraising.

But there is more good news. King has now offered to match further £250 donations until he has paid £5,000 into the club’s Fighting Fund.

So that means we just need another SIX donations to see this scheme raise an amazing £10,000.

King said: “What a magnificent response from all concerned, No pre knowledge or notification of this event happening, just a great and positive reaction – It just goes to prove the local (and not so local) people do have what it takes to save this club.

“The amount of money raised so far, not just this event has been first class. Thank you everyone who has contributed.

“We still have work to do to achieve the aim – but what a boost.”

And he added: “In view of this very generous gesture by so many, we will keep this offer open to ensure that its maximum benefit is achieved.

“In the 16 hours our offer was open, we had 14 donations. If the other six people are able pledge the same amount then we will honour our pledge to match that as well.