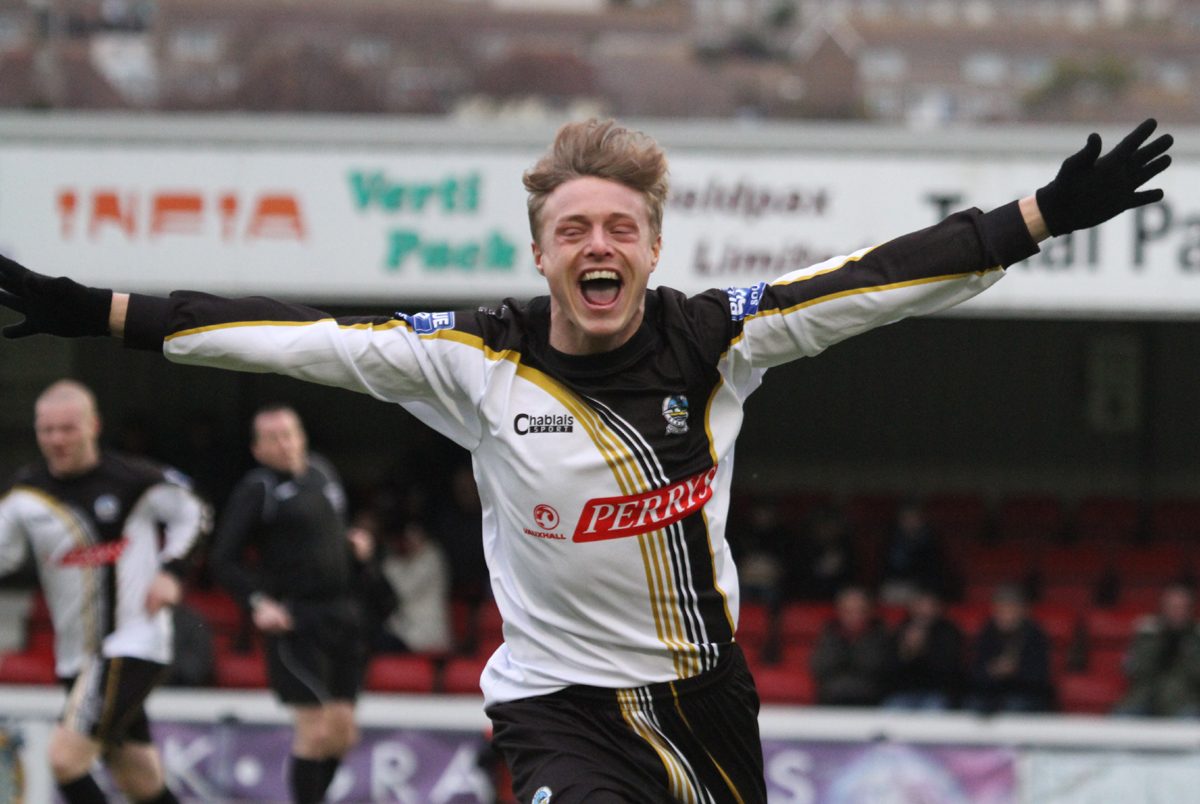 *IS*George Purcell wheels away in celebration after giving Dover the lead in under a minute against Eastleigh, the first of two goals in Whites’ victory. (Pic: Simon Harris)*IF*

*BS*GEORGE PURCELL scored a brace on Saturday, making it six goals in five games for the talented striker, to take the game away from Eastleigh.*BF*

It was far from a one man show, however, as Dover produced arguably their best performance of the season. Controlling possession for most of the match, particularly in the second half when numerous chances were created to increase their tally.

James Walker and Barry Cogan combined in a swift move to create the first goal to stun Eastleigh. The second goal was a pinpoint crossfield pass by Terry Dixon into the path of Purcell.

Dixon’s vision and awareness created further chances and he had a couple of opportunities himself to get on the scoresheet. At the back, a collective defensive effort led by captain Shane Huke kept the visitors at arms length.

In the play-off battle, Sutton’s late winner against Chelmsford means that Athletic remain three points outside top five in sixth. However, Nicky Forster’s men know that if they keep up the form they have shown in recent weeks and put their chances away, fifth place is well within reach.

Next weekend is blank for Whites due to FA Trophy fixtures so the squad have a two week break. They will look to pick up where they have left off at Dorchester on Saturday 21 January.