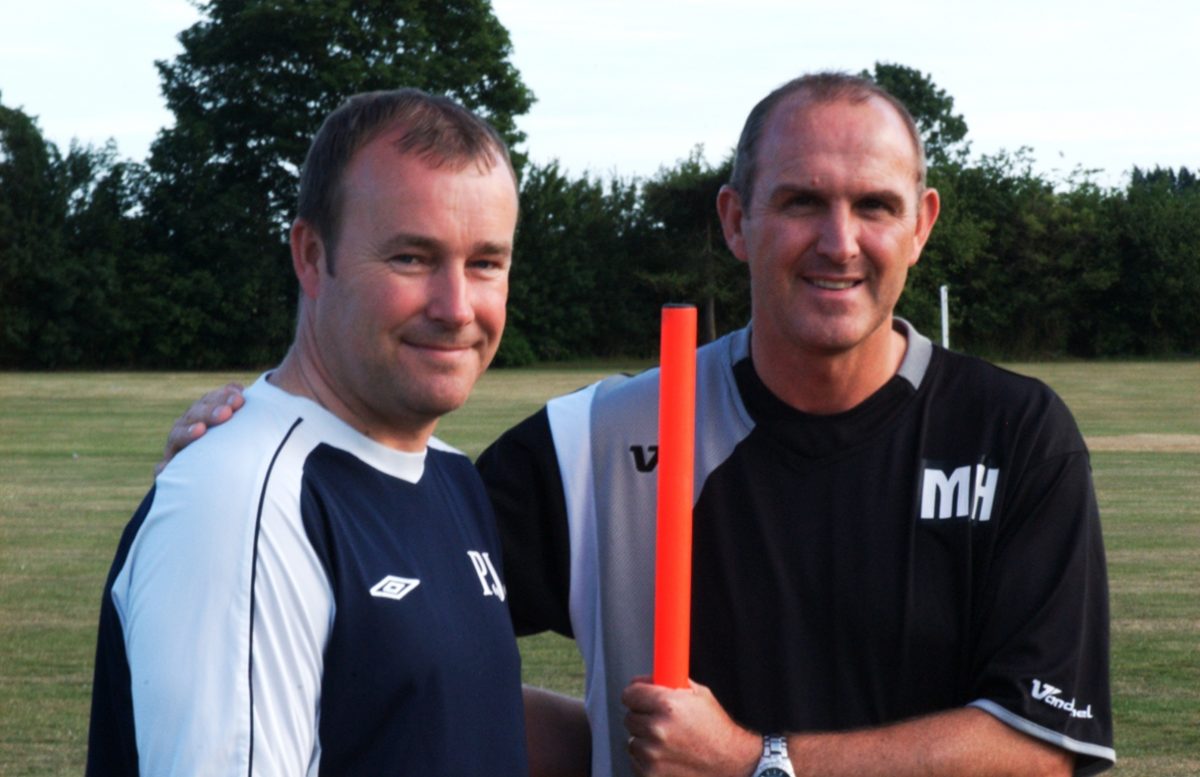 *BS*PAUL JOYNES says he and Whites boss Martin Hayes fit like a glove.

*BF*The newly-appointed Dover Athletic assistant manager has known Hayes for more than a decade – and insists they are a perfect match to help take up the challenge at Crabble.

Joynes was No2 to Hayes while he managed Bishop’s Stortford, where they took the club from Ryman One to the Blue Square South on a shoestring budget.

He said: “I knew Martin through work and was managing Aveley. I used to always pick Martin’s brain about football stuff. Then he asked me to become his assistant at Stortford and we did a good job there.

*Lpic1*“It was a perfect match, Martin and I. He had contacts at League clubs and knew young players who were being released and had potential to get back into the pro game, while I knew the rough diamonds playing in the lower leagues of non-league who just needed a little polishing.

“And we were able to mould all this together into a team that worked hard for each other and played good football.

“We want to put a smile back on players’ faces that have had disappointments elsewhere and get them back on the road to being a full-time pro or very good semi-pro player.

“Steve Morrison and Greg Pearson are a couple of examples of players we’ve picked up who are now playing at a higher level.”

He said: “Adam, Joe and Ross were all at Barnet – when we were at Stortford – and Hooky, we know from his Eastbourne days, while Mark Robson, the former Gillingham assistant, has given us a lot of information about Tom, who he rated highly.

“We know a fair bit – and already can see there are a dozen lads from last season who did very well for the club. It’s just a case of bringing in some players around them to push the team to the next level.

*Q1*“This is a massive club in non-league and we’re aiming at the very least to get into the Conference, and then I suppose the potential is here to push for the Football League. But Blue Square Premier is our target as things stand – but this division is not easy and there are plenty of good teams.

“The club did very well to finish second last season on the back of two successive promotions. The challenge is huge to maintain that but we’re going to give it a good go.”

Joynes admits that one of the biggest tasks – alongside signing five or six new players – is to appoint a captain. But, so far, the new management duo are none the wiser as to who will be wearing the armband.

He said: “They’re a quiet bunch of lads so at this moment in time we need to take a good look at that. There are obviously some big characters in the dressing room, as they finished second last season, but Martin and I still need to ascertain as to who will be skipper.”