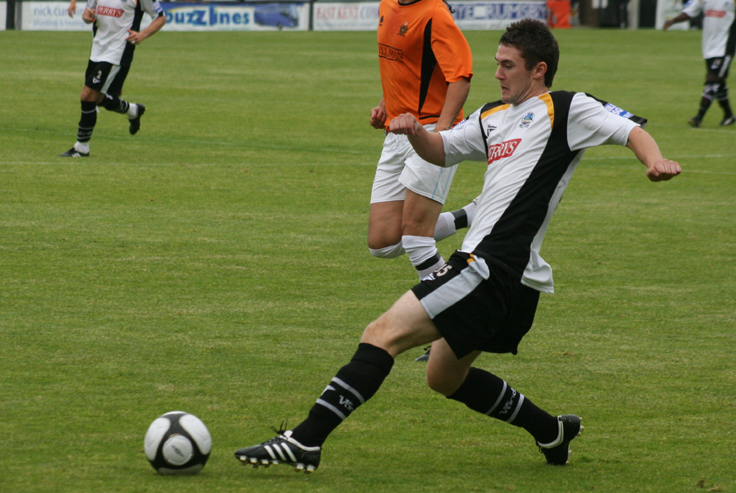 *BS*Andy Hessenthaler has urged the club’s supporters to stick with the side after dropping out of the Blue Square South play-offs last weekend.*BF*

After last Saturday’s 1-1 draw against Maidenhead, watched by a mere 851 spectators at Crabble, the Dover boss confessed surprise with the figure and expressed sympathy for club chairman Jim Parmenter. The club had been averaging gates of more than 1,000.

“I didn’t feel sorry for the players or myself, rather the chairman who has done so much to take this club where it is today,” Hessenthaler said.

“I’m not going to criticise our supporters, who have been fantastic. We’ve given them two successive promotions, now we need them to stick with the team from now until the end of the season because there are going to be many twists and turns before the promotion issue is settled.”

Hessenthaler’s side are just a point behind in the race for a play-off position and the manager has been quick to emphasise the point that Dover have lost just once in six games.

“I’ve told the players it’s important they hold their nerve and focus on what we do rather than on the clubs around us because there are 36 points to play for and anything can happen.” he said.

Hessenthaler confirmed Sam Gore has left the club after being told that his contract would not be renewed next season. The defender has been plagued by injury problems and is soon to undergo a double hernia operation.

“We wish him every success and I know he will do another club a big favour,” Hessenthaler added.