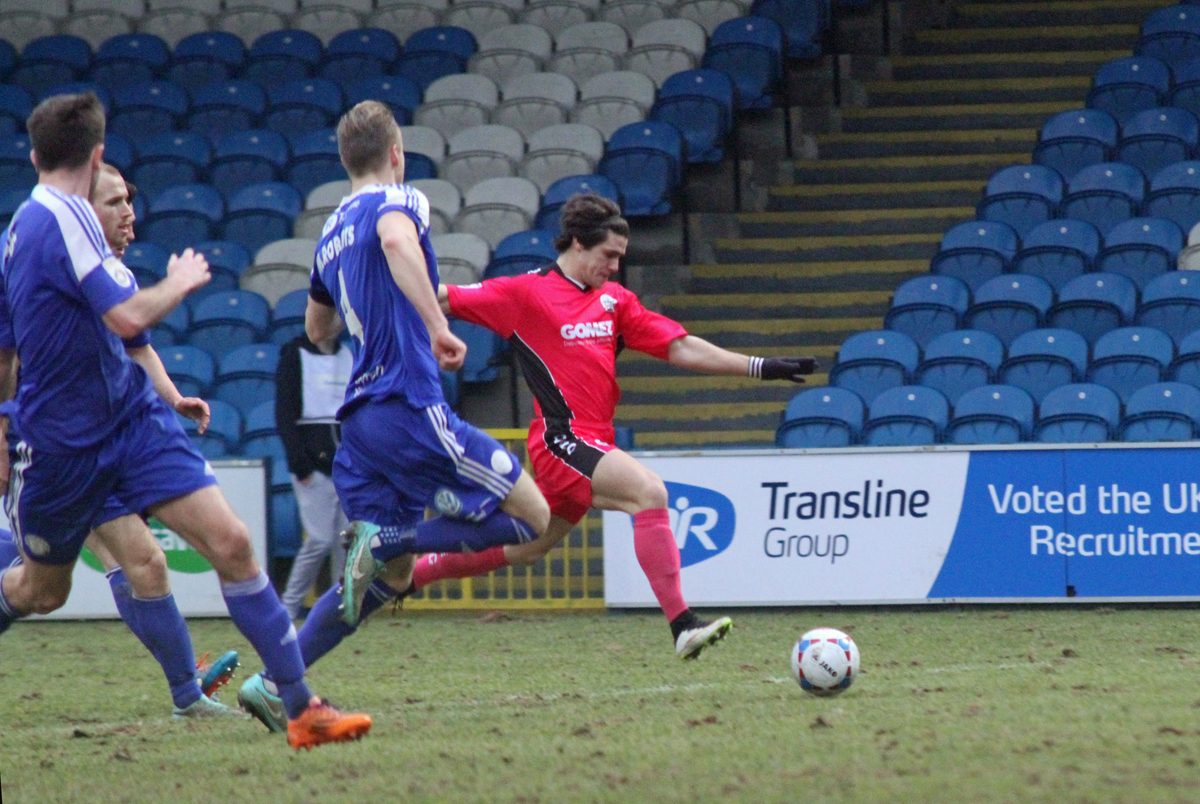 *BS*Dover Athletic suffered back-to-back defeats in the Vanarama Conference for the first time since September as they lost at fellow play-off chasers FC Halifax Town.*BF*

Tom Murphy’s wonderful strike gave Whites hope after first half goals from Lois Maynard and Richard Peniket put the hosts in a deserved lead at the break.

But Jamie Jackson’s excellent lob restored the Shaymen’s two-goal lead before Colchester United-loanee Dan Holman scored six minutes into his debut, but it only proved to be a consolation for Chris Kinnear’s side.

Sean Francis’ injury time tap-in was disallowed as Dover fell back into the bottom half of the table and nine points below the play-offs following defeat at the Shay.