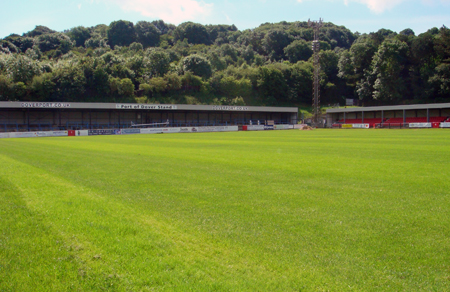 *BS*JASON MOORE could make a shock return to Dover Athletic after being invited to the club’s pre-season training sessions.

*BF*The former West Ham FA Youth Cup finalist – who played for the Whites in two spells during our Conference days – is now 29 and still lives in Deal.

His brother Sammy signed a two-year deal this summer – and Jason has won back his enthusiasm for the game after a few years out.

Dad Henry said: “He’s got this hunger back for football and Andy Hessenthaler and Darren Hare invited him to train with the first team.

“Jason’s 29 and not over-the-hill yet by any means. He’s still very fit and was second fastest in training the other night. He’d love to play for Dover again. He might even get some games in the pre-season matches.

“Of course, Jason is under no illusions that he’ll have to prove himself as he’s been out of football for a few years. But he’s prepared to work hard to do that.”