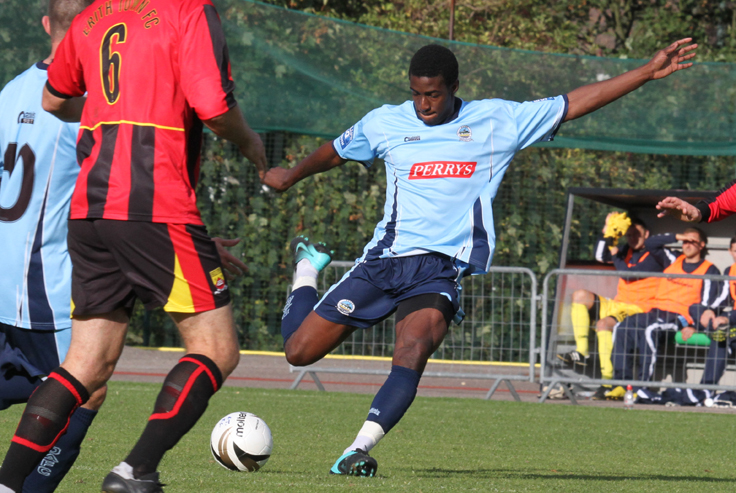 Well travelled Leroy Huggins struck the post twice for Erith but goals from Elliott Charles (2), Sam Long and Adam Birchall (2) saw Dover through to the next round.

Kevin Harris writes of the Erith performance: “Midway through the half, Whites got the vital opening goal. Birchall raced down the left channel, before fizzing the ball across the face of goal. Elliott Charles was on hand to tap in at the far post, to the delight of the large number of travelling Whites fans.

*Lpic1*”Sam Long was replaced by the fresh legs of Nicky Nicolau at the break, and Dover, with the wind in their favour now, dominated the second half.

“Martin Hayes rested Wallis and I’Anson for the final quarter of the game, with Tabiri and Cutler coming on to form a new central midfield partnership. And minutes later, Dover netted the fifth. Nicolau and Baker combined to set-up Birchall, and from six-yards out Adam drilled the ball into the net.”