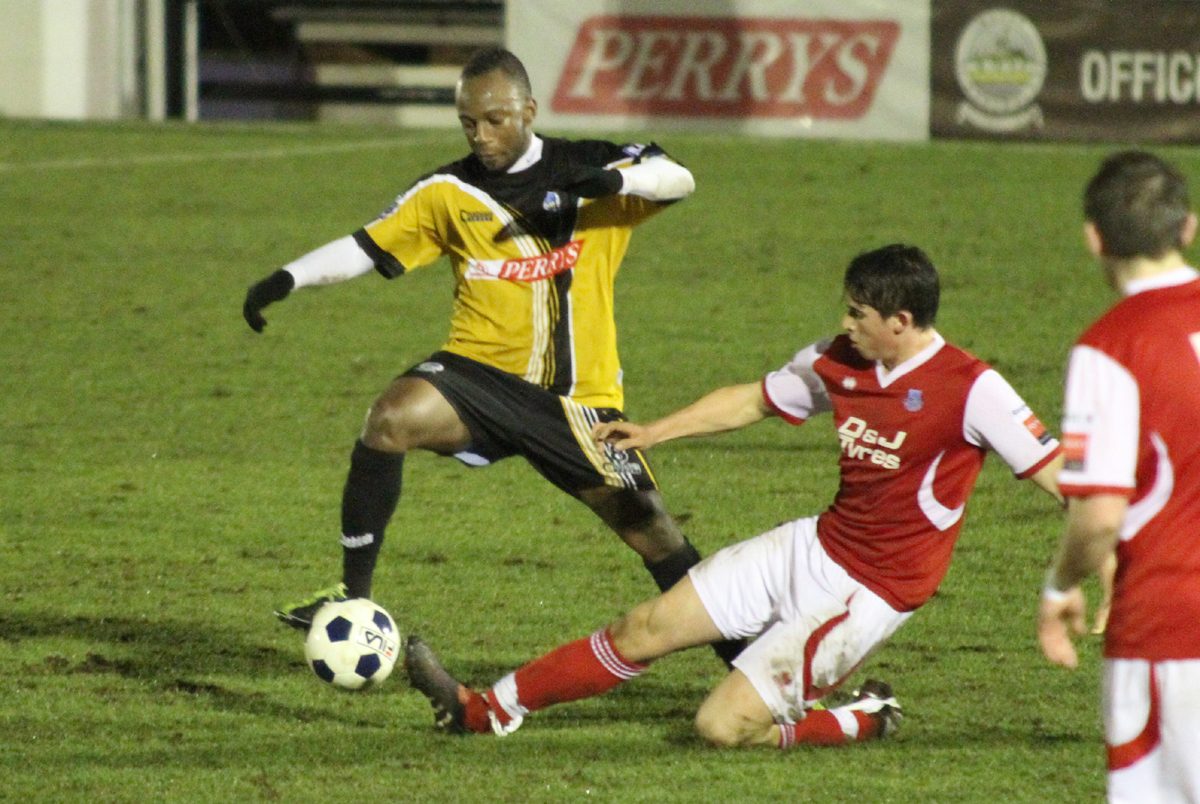 *BS*Dover Athletic have completed the signing of winger Jemal Johnson.*BF*

The 26 year-old has signed until the end of the season after impressing boss Nicky Forster on trial.

He played in Whites’ 7-0 friendly win against Whitstable on Wednesday, winning a penalty for the first goal.

Born in the United States, Jemal came to England at the age of five, signing for Manchester United and then Blackburn Rovers as a teenager.

After serving his apprenticeship at Ewood Park, he joined Wolverhampton Wanderers and Milton Keynes Dons. He spent three years with the Midlands club, scoring 12 goals in 96 appearances.

In the past year Johnson has experienced Bulgaria’s top flight with Lokomotiv Sofia, where he was one of only a few foreign players. He left Bulgaria last summer and had a short spell with Southend United earlier this season.

Jemal will go straight into tomorrow’s squad for the first ever visit of Truro City to Perrys Crabble.