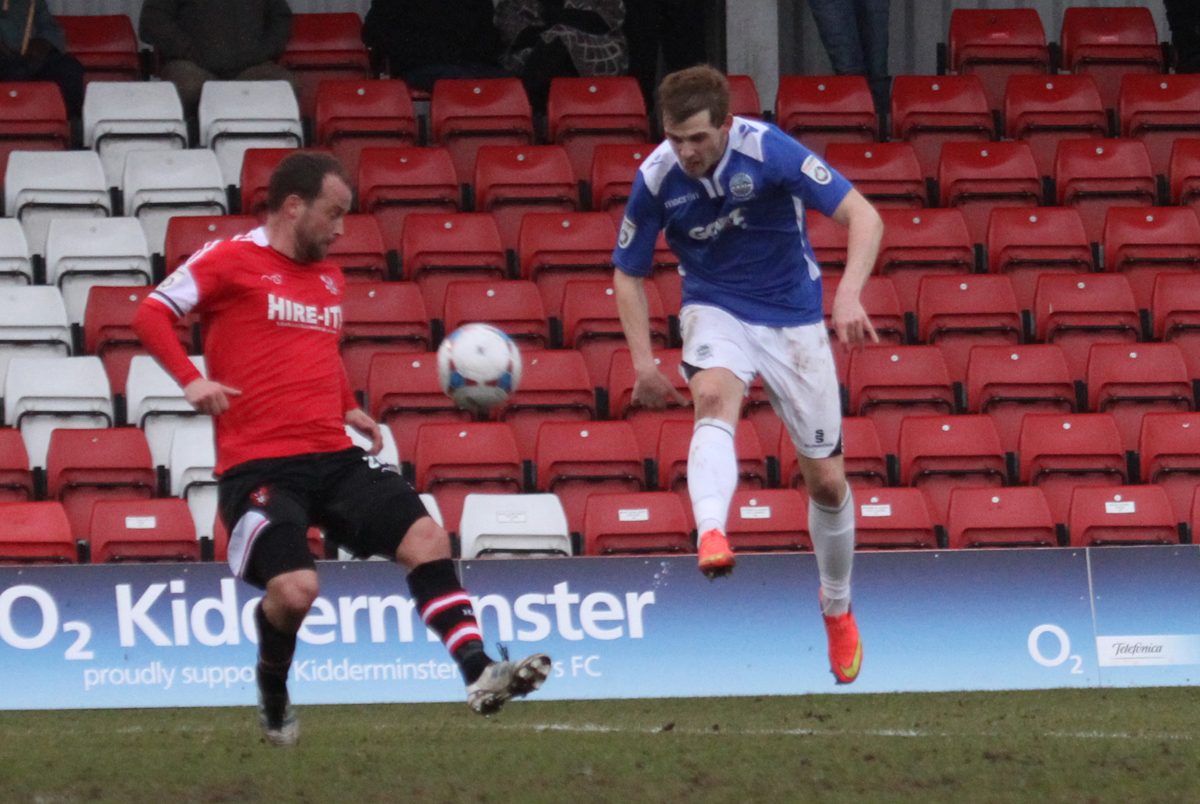 *BS*Tom Murphy scored twice – including a stunning lob – as Dover Athletic’s run without victory came to an end with victory at Kidderminster Harriers in the Vanarama Conference.*BF*

Murphy latched onto a Stefan Payne pass – his second assist in as many games – before lifting the ball over onrushing Harriers keeper Danny Lewis and nonchalantly tapping into an empty net.

Sean Raggett was at hand to prevent Kidderminster from equalising with a goal-line clearance before Murphy wrapped up the win as he cut inside before superbly lobbing Lewis from outside the area.

The win ends Chris Kinnear’s side’s seven-game winless run in all competitions and moves them one place up to 13th in the latest league standings.