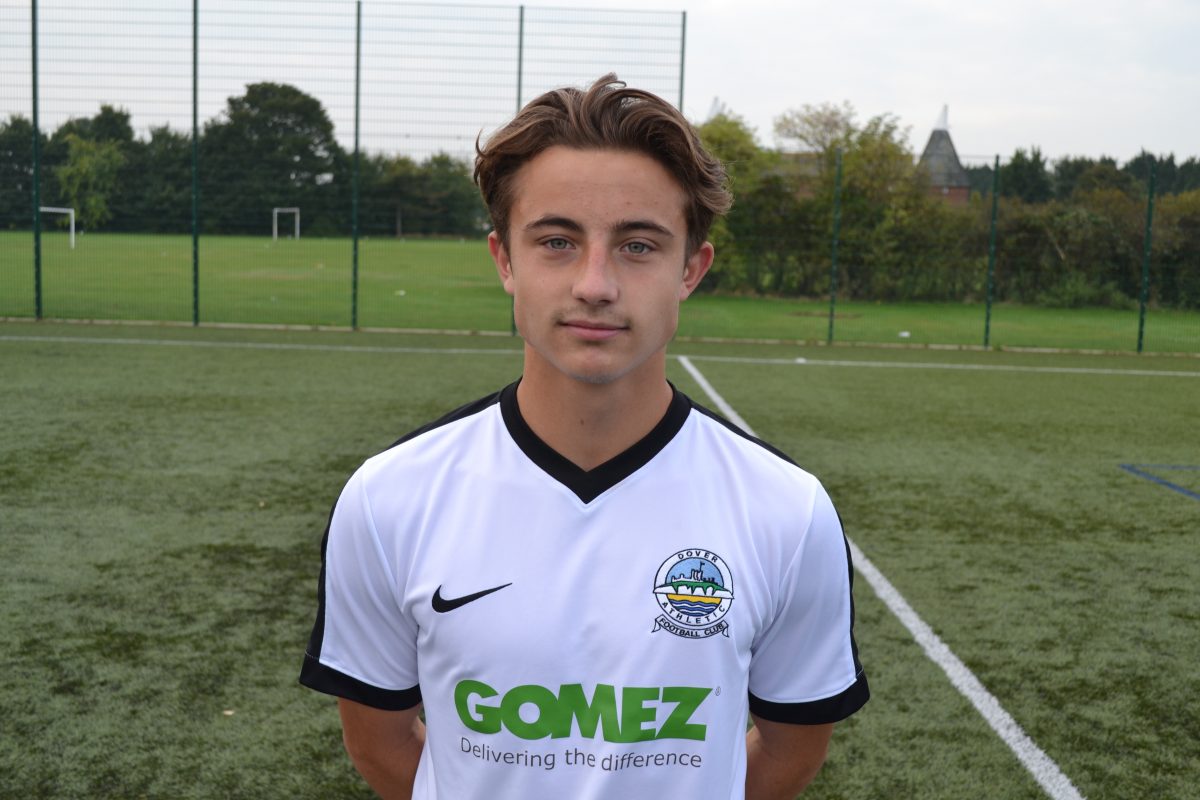 MATTHEW Robinson scored a hat-trick as Dover Academy bounced back from their first home defeat of the season with an impressive win at Lewes.

Coach Mike Sandman’s side put the disappointment of the 2-1 loss against Hastings behind them in style in East Sussex.

Dover led 5-0 at one stage thanks to first half doubles from Ben Cardwell and Robinson as well as an own goal.

Robinson (pictured above) completed his treble in the second half before substitute Jack Cussen added the seventh to complete the rout.

Cardwell turned provider to set up Robinson for the third before Robinson’s corner was deflected into his own net by a home defender.

Dover’s fifth came from Cardwell, who picked the ball up on the halfway line and completed a magnificent run with a clinical finish.

Lewes pulled one back just before half-time and another from the penalty sport after the restart, but there was to be no more joy for the hosts.

Robinson completed his hat-trick with a stunning half-volley before Cussen scored the seventh.