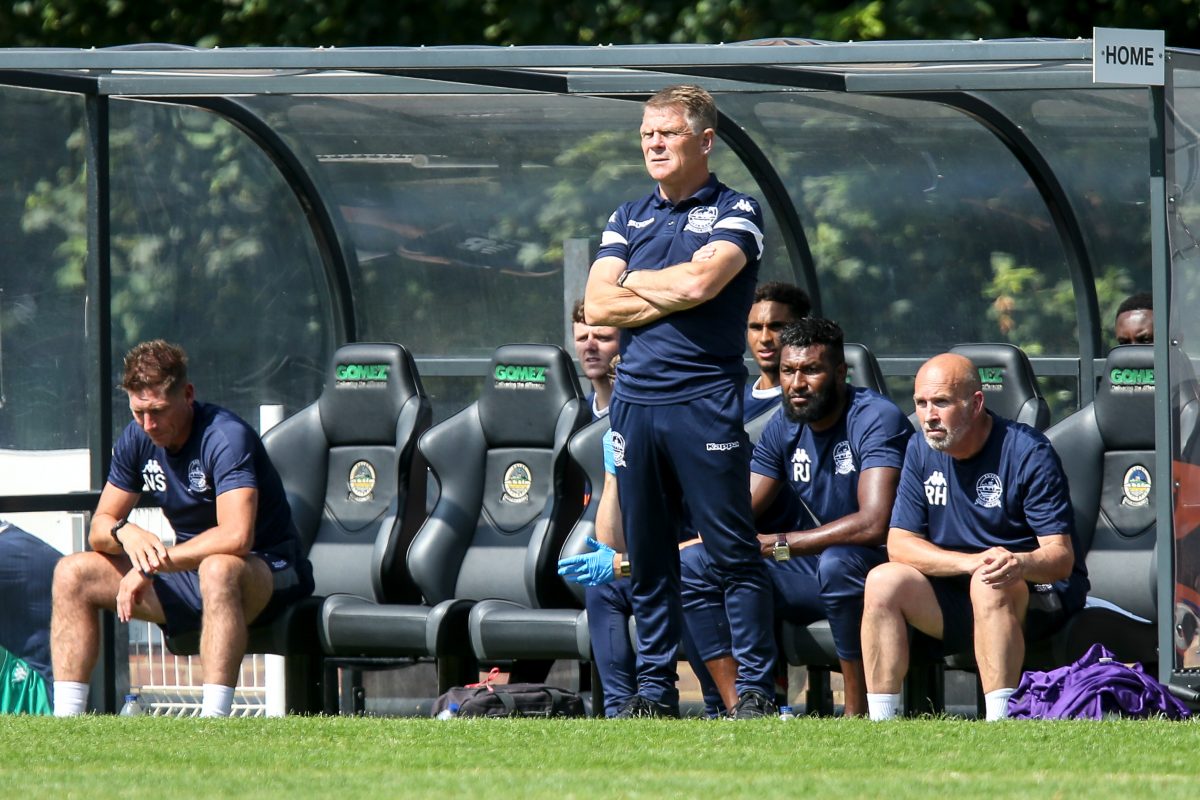 Andy Hessenthaler hopes the start of Dover’s FA Cup campaign could provide the club with a boost at the perfect time.

Whites have endured a torrid start to the Vanarama National League season with no wins and just three points from their 11 games so far.

The Dover boss faced up to questions from BBC Radio Kent’s and Kent Non-League Podcast host Matt Gerrard about his future following Saturday’s 2-1 defeat to Barnet at Crabble but has already begun plotting his side’s path into the FA Cup First Round, despite the visit of Southern League Premier Division side Yate Town next Saturday being viewed in some quarters as a potential banana-skin.

Hessenthaler was joined in his office by chairman Jim Parmenter after the final whistle and admitted: “He’s said we’ve got to take stock and go again next Saturday. He’s obviously disappointed like we all are.

“It’s another game we’ve lost by the odd goal and we’ve conceded two poor goals. It just keeps happening. It’s frustrating, but like the chairman said (in my office) we’ve got to come in on Monday and Thursday and try and get through in the FA Cup. A result next week might be just what we need. I’m sure Yate will be rubbing their hands together – it’s a banana skin, but it might be the catalyst to kick us on.”

He added: “I wouldn’t walk away from anything. We’re doing as much as we can. We had nine out injured today. We know what we’ve got in the dressing room. I don’t think we’ve ever been able to pick our strongest team. The chairman knows what we’re dealing with here. We’ve got two players playing for nothing out there, just putting it out there – Yannis Drais and Matt Bentley are non-contract players, fair play to them, they’re not getting a penny.

“I’m hoping to get a few lads back for next week. We’ll come in Monday and Thursday and then pick a team to try and get through to the First Round of the FA Cup.”

Hessenthaler and Nicky Southall were part of the Gillingham side which reached the last-eight in 2000 and he insisted: “It’s massive for the club, the players, and the staff. I know what the FA Cup is all about, I have got to the quarter-finals, but I’ve also gone out to a team like Yate before too, so I have that experience – some of our boys probably haven’t. It’s a big game, we’ve got to get a result, get through and hopefully that might give us a lift.”

The manager reiterated his view that his squad are giving their all, and going the extra mile to try and secure the first win of the campaign.

He claimed: “The boys had a real go, we’ve got players playing out of position – Travis Gregory playing right-back, bless him, I thought he was terrific. Barnet’s front four are a handful. Confidence is low. Winning matches is the only thing that will change that but we’re not going to do that if we keep giving silly goals away.

“After we got the goal back we perhaps should have gone on and got back into the game at 2-2, but the belief isn’t there at the moment because of the situation we’re in. It wasn’t for the lack of trying. We have to try and keep their heads up.

“Of course the boys are low. We just want a little bit of the rub of the green, we’re not getting that. We’re lacking that bit of real experience in the middle of the field, that horrible person in there that can organise a team. Their first goal came from a quick free-kick, we switched off. Someone like me, when I was playing, I’d have been in there standing on the kicker so he couldn’t take it and we could get organised. We are lacking that.”