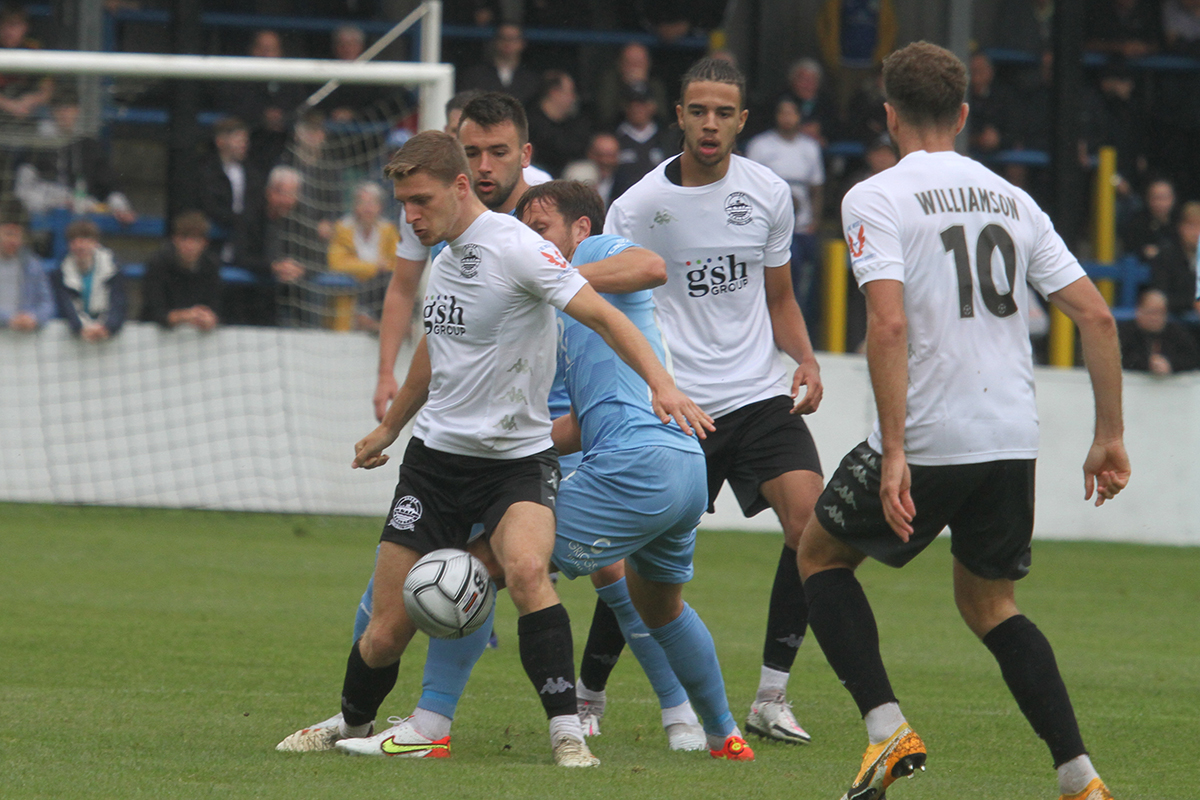 Dover will be looking to get their first win and points of the season on Saturday afternoon as they travel to Altrincham.

After starting the season late due to COVID-19, Whites were hit with back-to-back defeats over the Bank Holiday weekend, losing 2-0 away to Maidenhead before a 1-0 home defeat to Boreham Wood through a Jake Goodman own goal.

It means we remain bottom of the league on -12 points.

Meanwhile, our hosts have started the season with a 3-1 win over Torquay and a 2-0 defeat at FC Halifax Town and currently sit in 12th place.

The teams were only able to play each other once last season, with this fixture being cancelled due to the club being unable to complete the season.

In the fixture at Crabble last season, it was the visiting side on the day who sneaked a 1-0 victory thanks to a goal from Fisayo Adarabioyo, with a fine display from Alty’s goalkeeper Tony Thompson keeping his side ahead.

The Robins boss Phil Parkinson has brought in a number of experienced players into his squad over the summer, none more than Dean Furman who has made 58 appearances for his native South Africa, scoring four goals.

He has also got experience of playing in the Football League with Bradford, Oldham, and Doncaster as well as spending time with Scottish Premiership side Rangers.

A-Jay Leitch-Smith and Ben Pringle have both joined on a free transfer from Morecambe. Leitch-Smith has over 240 games worth of experience in the Football League, playing for the likes of Crewe, Yeovil, Port Vale, Shrewsbury, and the aforementioned Morecambe.

The centre-forward also spent a season on loan at Dundee in the Scottish Premiership where he would play a total of 28 games.

Like his former Morecambe teammate, Pringle has also spent most of his career in the Football League. He has most notably played for Rotherham, Fulham, Preston North End, and fellow Kent side Gillingham. He also has further EFL experience with Torquay, Ipswich, Oldham, Grimsby, Tranmere, and Morecambe.

David Fitzpatrick, Joe Bunney, and Marcus Dinanga have also all joined from Football League clubs. Between them, they have played over 250 EFL games.

Finally, Connor Kirby has rejoined the club for a second loan spell, whilst Brad Jackson and Kennedy Digie have joined from Chester and Hereford.

Josh Hancock was the host’s top scorer last season and he will be looking to get his first goal of the season on Saturday.

To stay up to date with the game, please follow @DAFCLiveText on Twitter to get live text coverage of the game.