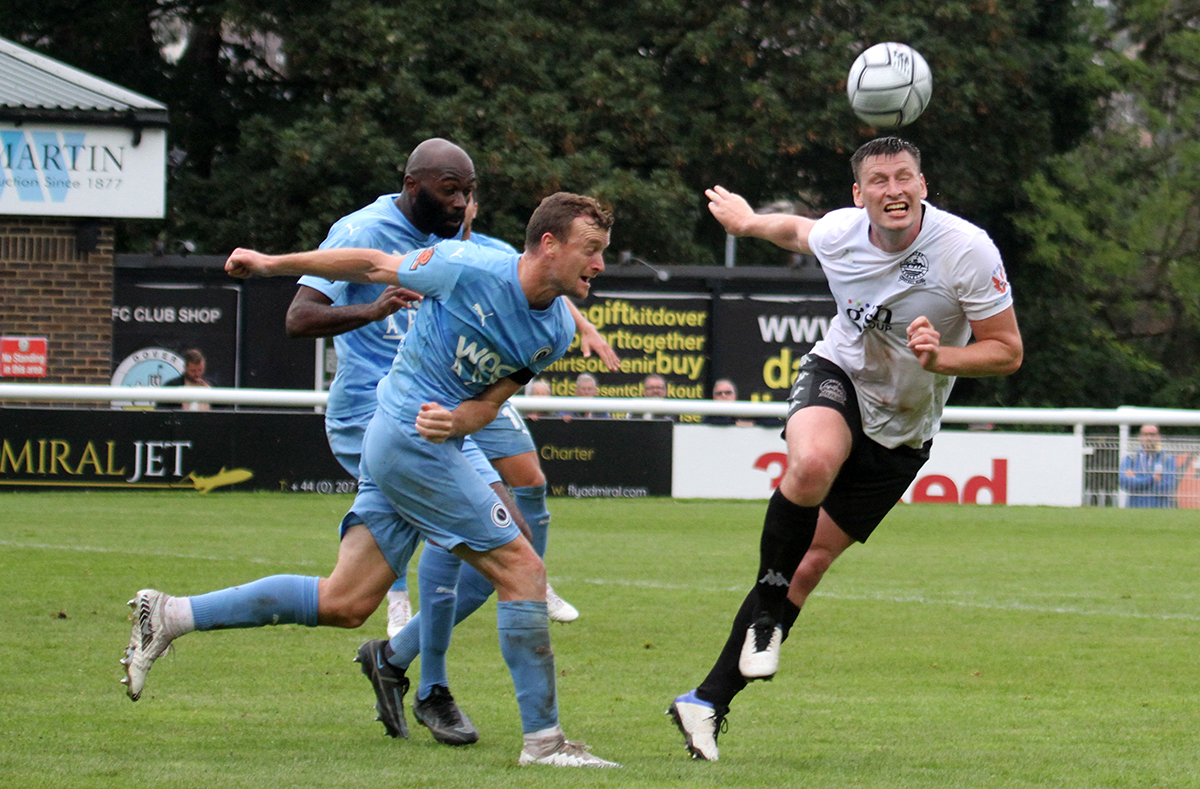 Manager Andy Hessenthaler and his squad are back in action away from home on Friday when they travel to play-off chasing Boreham Wood at Meadow Park (3pm).

The hosts are currently ninth on the National League table, four points out of the play-off places, but with two games in hand.

You can read the hosts preview HERE

Luke Garrard’s side left Crabble with all three points last August after Jake Goodman’s first-half own goal proved to be the only goal of the game.

The visitors took the lead four minutes before the break when Ben Williamson’s pass in midfield was charged down.

Jacob Mendy picked up the loose ball and was able to drive forward and spread to Kane Smith on the right and his low centre was agonisingly turned in at his near post by Goodman.

Scott Boden is leading the way with 11 goals in the National League this season.

Myles Judd and Koby Arthur return to the matchday squad after missing last Saturday’s game against Maidenhead United at Crabble through injury.

Ryan Hanson, TJ Bramble (back), and Seth Twumasi (knee) are all back training but are not ready to return to action just yet.

James Caton (hamstring), Alex Green (ankle), and Travis Gregory (knee) all remain on the injured list while young forward Noah Carney has been ruled out for the remainder of the season due to a broken metatarsal.

For fans heading to the game wanting to wear the same shirts as the players, we will be wearing our red shirts.

You can buy your tickets HERE