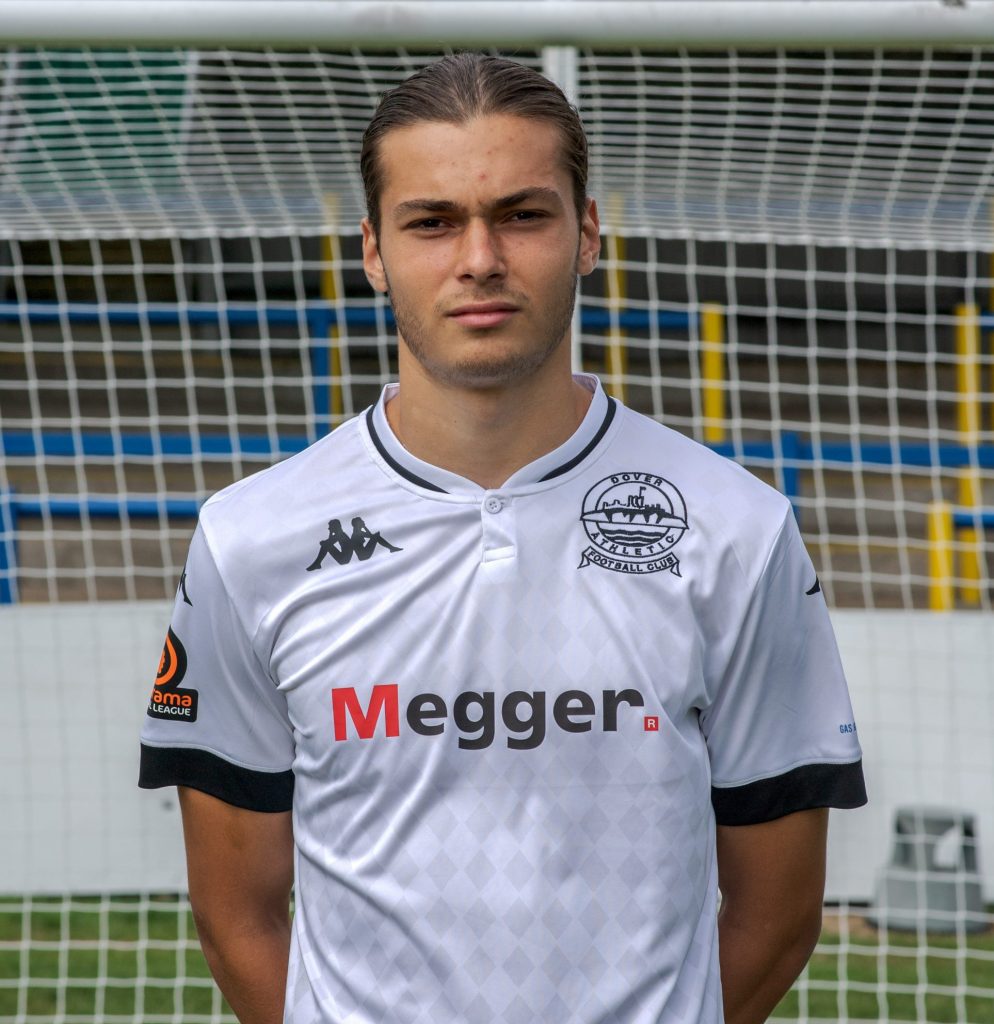 Teenage forward George Nikaj is back from his two-month loan spell at Ashford United and goes straight into the squad for today’s National League South game in Essex.

Nikaj has made a big impact at the Isthmian South East club, scoring nine goals in his time with the high-flying Nuts & Bolts.

Andy Hessenthaler’s squad, who won 1-0 at Bath City last time out, take on the high-flying Clarets at The Melbourne Community Stadium (7.45pm).

Chelmsford, who will start the game in fourth place on the table, drew 1-1 at National League side Barnet in the FA Cup First Round tie at The Hive on Saturday.

You can read the Chelmsford preview HERE

Dover Athletic squandered a two-goal lead for the second successive home game as they drew 2-2 with Chelmsford at Crabble.

The Whites were poised to move into fifth place in the Skrill South when they led 2-0 with 18 minutes to go but, as in their 3-2 defeat by Bishops Stortford at Crabble last month, Chris Kinnear’s side were unable to convert their two-goal advantage into three points.

They led 2-0 at half-time thanks to goals from Barry Cogan and Jeff Goulding who, playing against his former club, struck his sixth goal in three matches a minute after Cogan’s opener.

Dover then looked comfortably in command for most of the second half until Christian Smith pulled a goal back for Chelmsford in the 72nd minute and then, in the first minute of added time, Kieron St Aimie scored the equaliser.

Match highlights from that game can be found HERE

Defender Myles Judd and leading goalscorer Alfie Pavey will both miss the game through suspension with both serving one-game bans after collecting their fifth bookings of the season.

The game kicks off at 7.45pm and if you are unable to make it, we will be providing live updates on Twitter – @DAFCLiveText – follow us and get all the news as it happens.

Radio Clarets will also be covering the game HERE