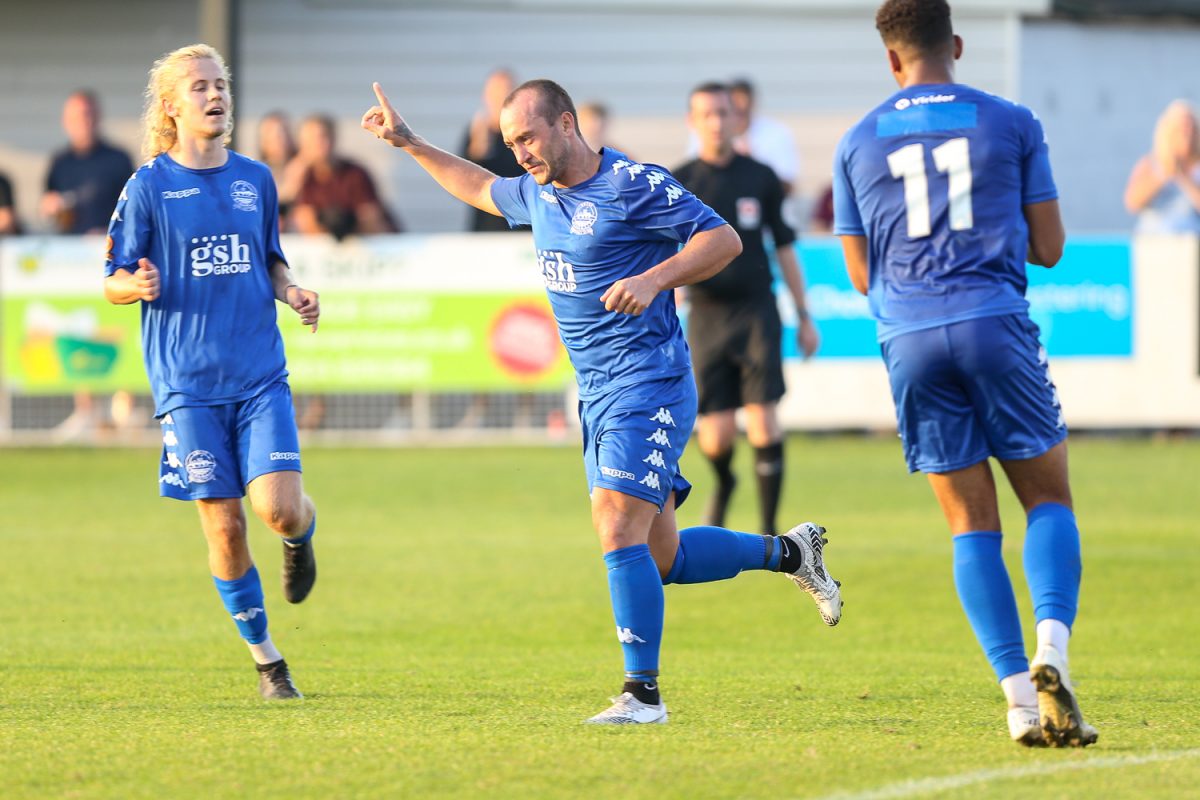 Dover welcomes neighbours Folkestone Invicta to Crabble tomorrow as preparations for the start of the new season continue.

Andy Hessenthaler’s men have had a good start to their pre-season campaign, scoring seven goals in victories against Ashford United and Deal Town.

Returning striker Ricky Miller has three of those seven goals and will be looking to add more as he looks to get ready for the new season.

The game could also see goalkeeper Adam Parkes get some minutes after joining on a season-long loan from Watford.

Tomorrow’s visitors start their season a week before Dover, and are deeper into their pre-season campaign. Thus far, they have played all their games at home, with this game being their first away from Cheriton Road.

Invicta’s record have been impressive and are currently unbeaten after five games, with a 3-3 draw against Eastbourne Borough sandwiched in between wins against Ramsgate, Welling United, Chatham Town and Hythe Town.

Under 11 – Free with paying adult

Details on prices for the rest of our home pre-season games can be found here – https://www.doverathletic.com/news/pre-season-friendly-prices/