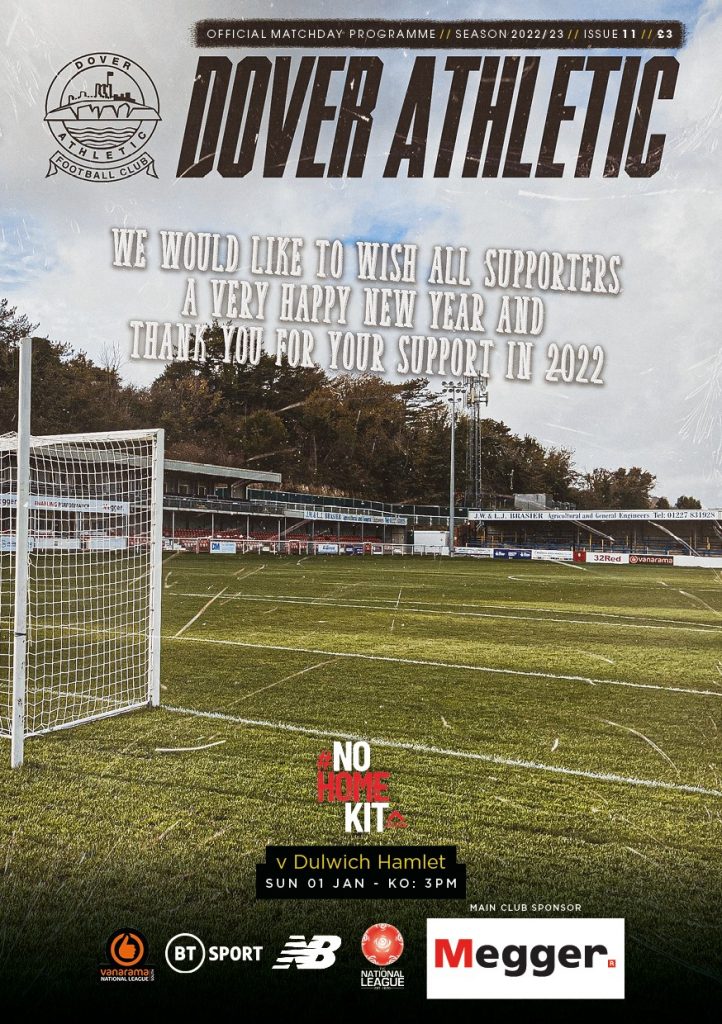 The Boxing Day clash between the two sides ended 1-1 at Champion Hill.

The hosts took the lead through Joe Felix in the 19th minute before Jordan Higgs scored our equaliser against his former club eight minutes before half-time.

Forward Chike Kandi, who missed the Boxing Day game with a back injury, is fit again and included in the matchday squad.

Young defender Harrison Byford picked up a knee injury in training this week and misses out.

We will be wearing our all-navy away kit for the game as we proudly support Shelter’s #NoHomeKit campaign for a second consecutive year.

Dover surrendered a two-goal lead in the 2-2 draw with the visitors in the Ryman League Division 1 South match.

Mark Lovell scored both goals for a Dover team which included our current manager Andy Hessenthaler.