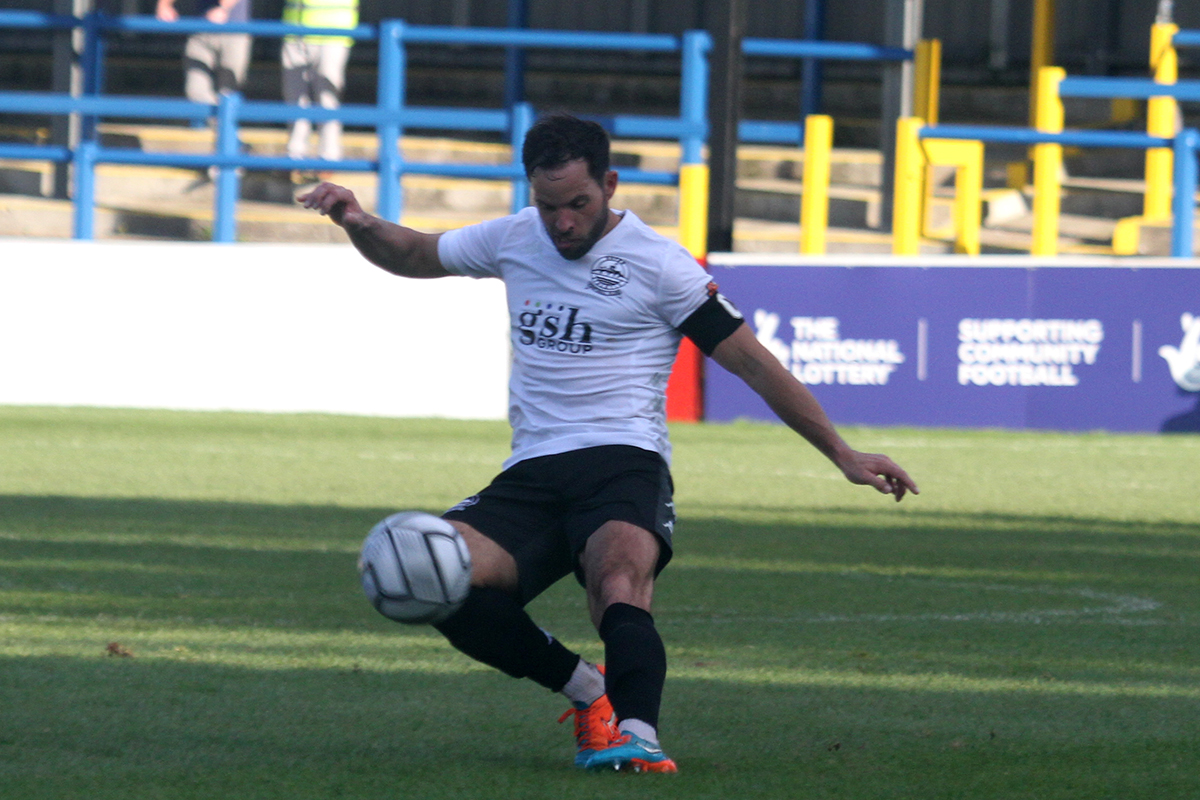 Andy Hessenthaler will be looking to see his team bounce back from defeat this evening as they welcome Aldershot Town to Crabble.

Whites conceded five in the first half on Saturday as they fell to a 6-0 defeat away to top of the league Grimsby.

This result means that Dover remain bottom of the table on -9, having just picked up three points this season.

Meanwhile, our opponents sit one place above us in 22nd. They have lost three from their last five games and sit 13 points above Whites on four points.

Last time out, heavy rainfall meant that their home game against Wrexham was abandoned in the second half with the Welsh side leading 2-0.

Despite only picking up one win so far this season, AFC Wimbledon loanee Corie Andrews has been in fine form for The Shots, scoring five goals in his first nine games this season.