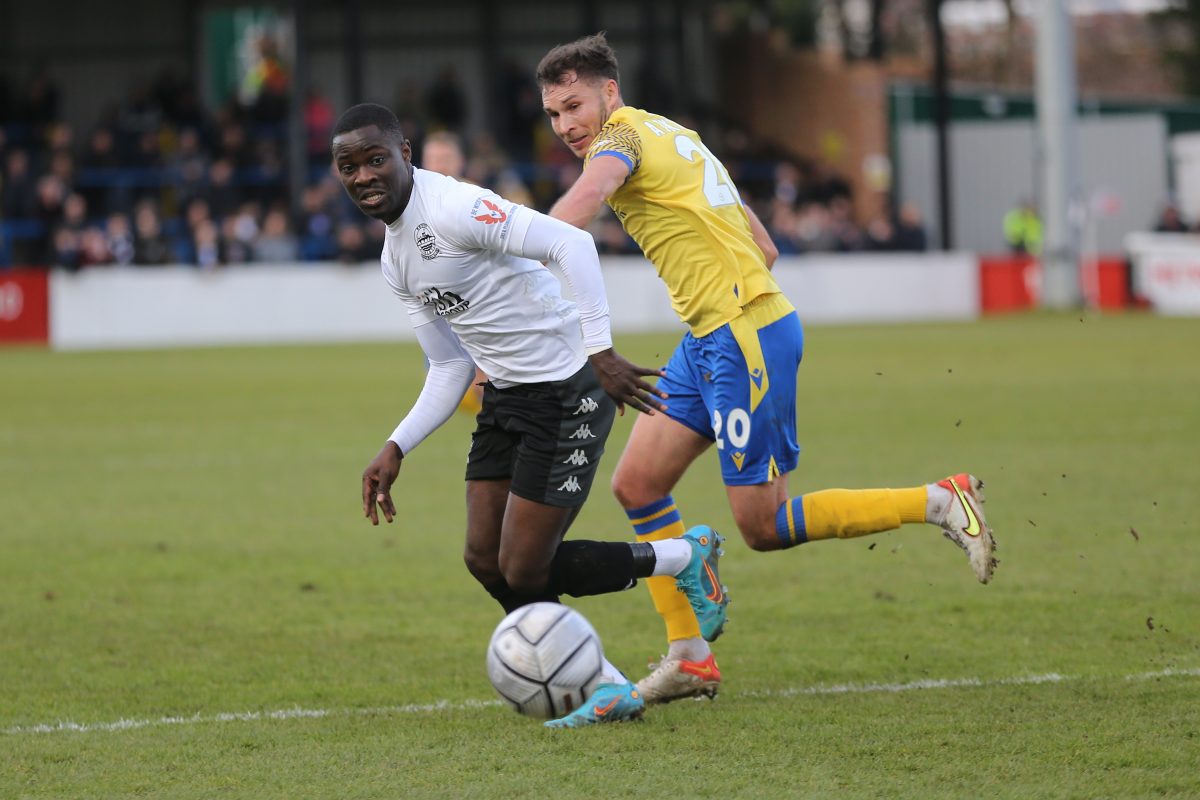 Manager Andy Hessenthaler’s squad is back in action at Crabble for a second consecutive weekend when they host Maidenhead United at 3pm on Saturday.

In what was our first game of the season after Covid in our squad, Kelly headed home Barratt’s cross in the 14th minute before Barratt double the lead four minutes later.

Andy Hessenthaler’s side piled on the pressure but found goalkeeper James Holden unbeatable.

Josh Kelly leads the way with 13 goals in the National League this season.

Michael Gyasi is back in the squad after not being eligible to play against his parent club, King’s Lynn Town, last Saturday.

Will Moses is also back after missing last week through injury, but Koby Arthur (groin) and Kieron Agbebi (knee) miss out.

Unfortunately, young England under-18 forward Noah Carney has been ruled out for the remainder of the season due to a broken metatarsal.

P&O Ferries employees who were made redundant last month, together with their partners and children, can get in for FREE.