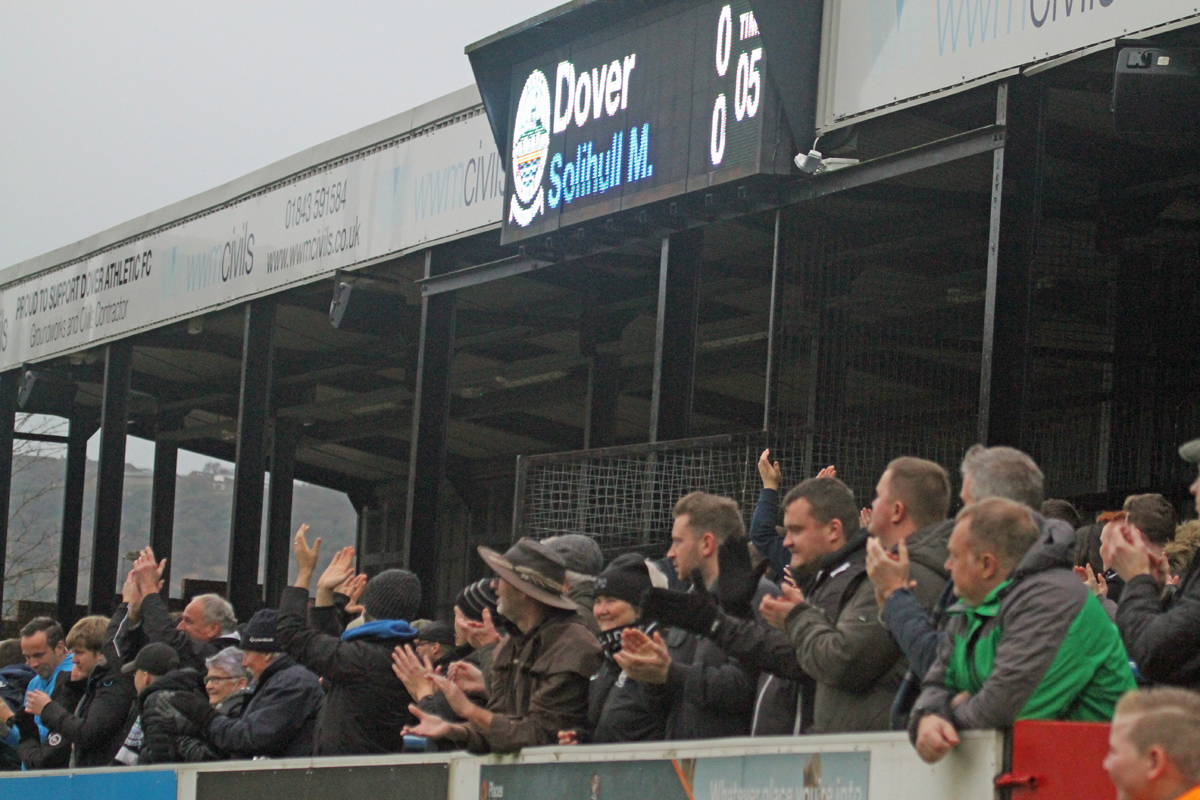 Dover will continue to search for their first win of the season when they host Solihull Moors in a rescheduled National League fixture tonight.

The game was postponed earlier in the season due to two positive COVID-19 cases in Andy Hessentahler’s squad.

Whites earned their second point of the season last Saturday after the 1-1 draw at Weymouth.

Meanwhile, our opponents have started the season well and they sit just below the playoff spots in eighth place.

They’re currently on a three-game winning streak, having started the season without a win in their first three games with two draws and one loss.

Last time out, Neal Ardley’s side won convincingly at home to Boreham Wood. Having gone two goals up inside the first 28 minutes, The Wood pulled one back with 10 minutes left of the first half. However, Danny Newton’s second of the game early in the second half won it for Solihull Moors.

These teams would only play each other once last season as Whites failed to finish the season. The game at Crabble saw Solihull score a goal in each half through Nathan Cameron and Kyle Hudlin as they defeated Dover with ease.

Joe Sbarra has already scored seven goals in the first six games this season and has already beaten his total throughout the whole of last season where he scored six goals for Moors.