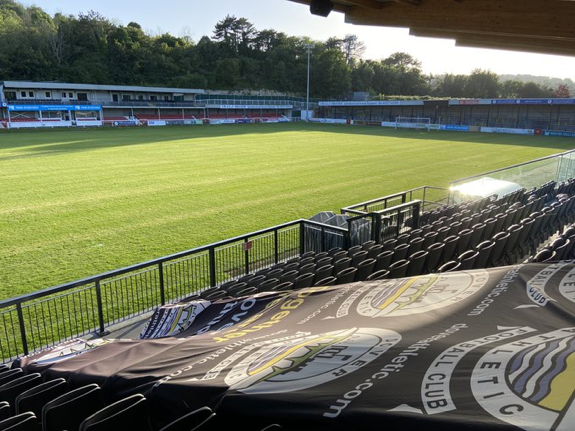 Manager Andy Hessenthaler and his squad are back in action at Crabble today when they host Yeovil Town (3pm).

Maidstone loanee, forward Alfie Pavey, will be making his 50th appearance for us after initially arriving on a permanent basis from Havant & Waterlooville in November 2018.

He left Dover to sign for Barnet for an undisclosed fee in September 2019 before joining Maidstone in June 2021.

The game will also see us, as a mark of respect for our club photographer Simon Harris, who sadly passed away this week, hold a minute’s silence ahead of kick-off.

Our management, staff, and players will be wearing black armbands.

You can read the Yeovil preview of the game  HERE

Honours finished even at Huish Park last November after the game ended 1-1.

TJ Bramble gave Andy Hessenthaler’s side the lead after just two minutes before Adi Yussuf equalised for the hosts with 13 minutes to go.

Adi Yusuf and Charlie Wakefield have both scored six goals ahead of the trip to Crabble goals in the National League this season.

Both cash and card are accepted.