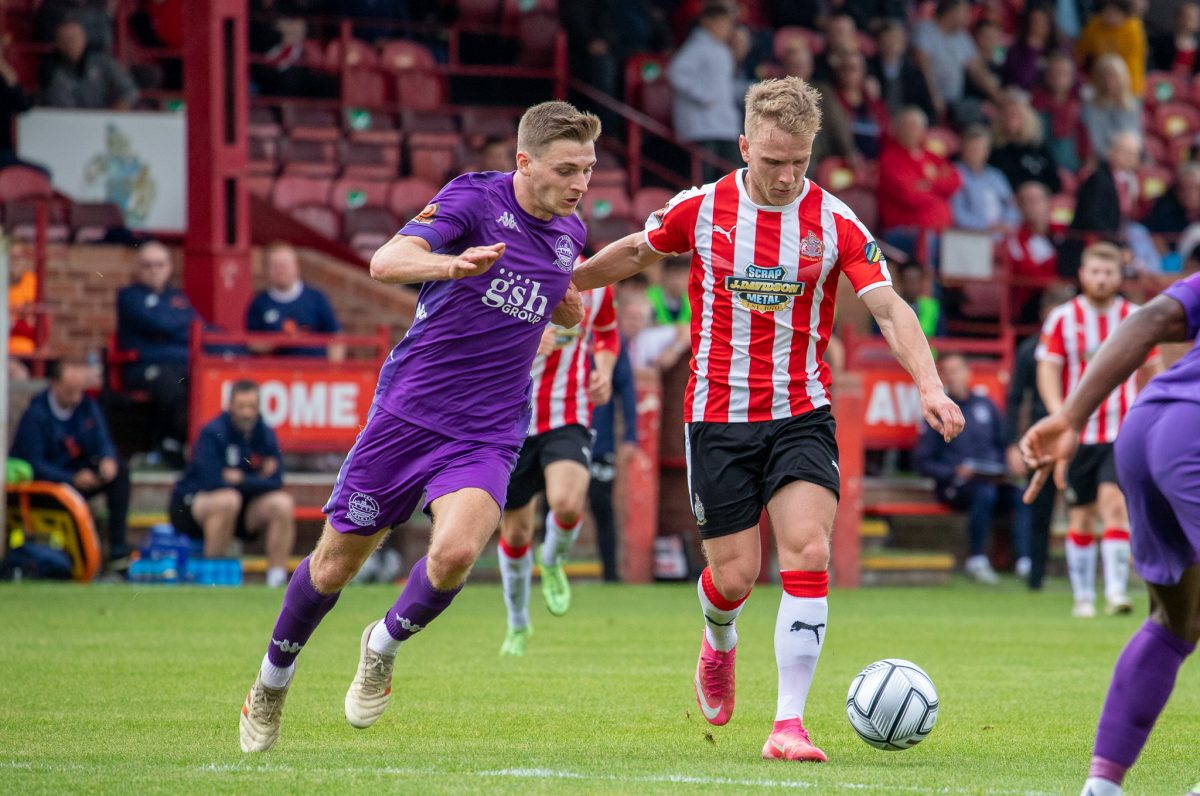 Dover travels to high-flying Grimsby Town on Saturday as they look to get their first three points on the board.

Andy Hessenthaler’s men will be looking to bounce back from last weekend’s 1-0 defeat at Crabble against Kent rivals Bromley.

Grimsby currently sits third in the National League table and two points below league leaders Chesterfield with a record of five wins, two draws, and a single defeat in their opening eight games.

That defeat was 3-1 at Bromley n Tuesday.

This will be the first time since 2016 that these two sides will face each other.

That game finished 1-1 after Omar Bogle gave The Mariners the lead from the penalty spot before Jack Parkinson equalised for Whites just before the hour mark.

Summer signing John McAtee has had a good start to his Grimsby career, having scored four goals in his first eight games this season.

For fans wanting to show the same colours as the players, we will be wearing our purple kit.

The match kicks off at 3pm and ticket prices are as follows:

Information on how to buy tickets can be found here – Please click on the away section on the ticket page to access away tickets.

Unfortunately, due to a lack of staff, there will be no LiveText coverage on our Twitter account for this game.

Alternatively, there will be coverage from BBC Radio Kent, which can be found by going into the non-league section on the BBC Sport webpage – or by clicking this link https://www.bbc.co.uk/sport/football/national-league