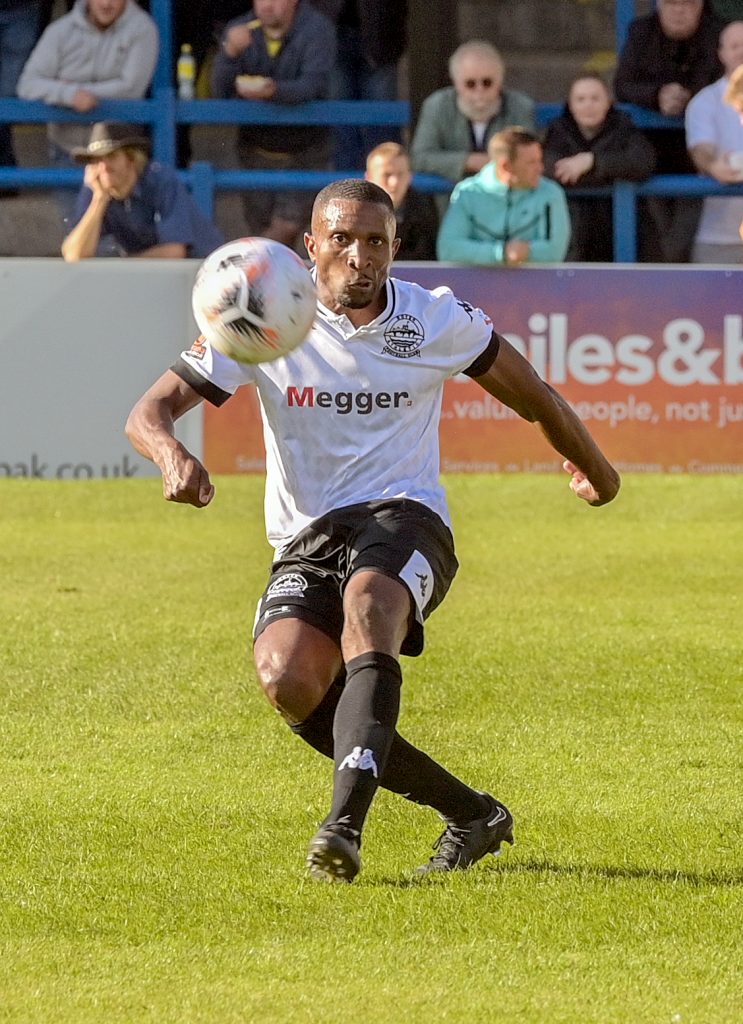 Andy Hessenthaler’s squad makes the trip to Middlesex on Saturday aiming to bounce back quickly from the disappointment of the FA Trophy defeat at Uxbridge last Saturday.

The hosts also bowed out of the Trophy last week, losing 1-0 against visiting Farnborough.

You can read the Hampton & Richmond preview HERE

Dover Athletic’s Blue Square Bet South play-off chances suffered another setback with a 1-0 defeat at the hands of Hampton & Richmond at Crabble.

It was Whites’ second home reverse in the space of four days, following Saturday’s 4-0 humiliation by Staines, and was watched by a gate of 525 – the lowest league attendance at Crabble this season.

Dave Tarpey scored the 32nd-minute winner for the visitors.

Captain Lee Martin is back in the matchday squad after missing the defeat at Uxbridge through suspension.

Also returning is defender Tyrone Sterling (pictured) after he missed the past four games with an ankle injury.

For fans heading to the game wanting to wear the same shirts as the players, we will be wearing our home kit.

Please note that BBC Radio Kent will not be covering the game, but Radio Beaver will be HERE

The Supporters Club is running a coach and it’s not too late to book your seat on it.