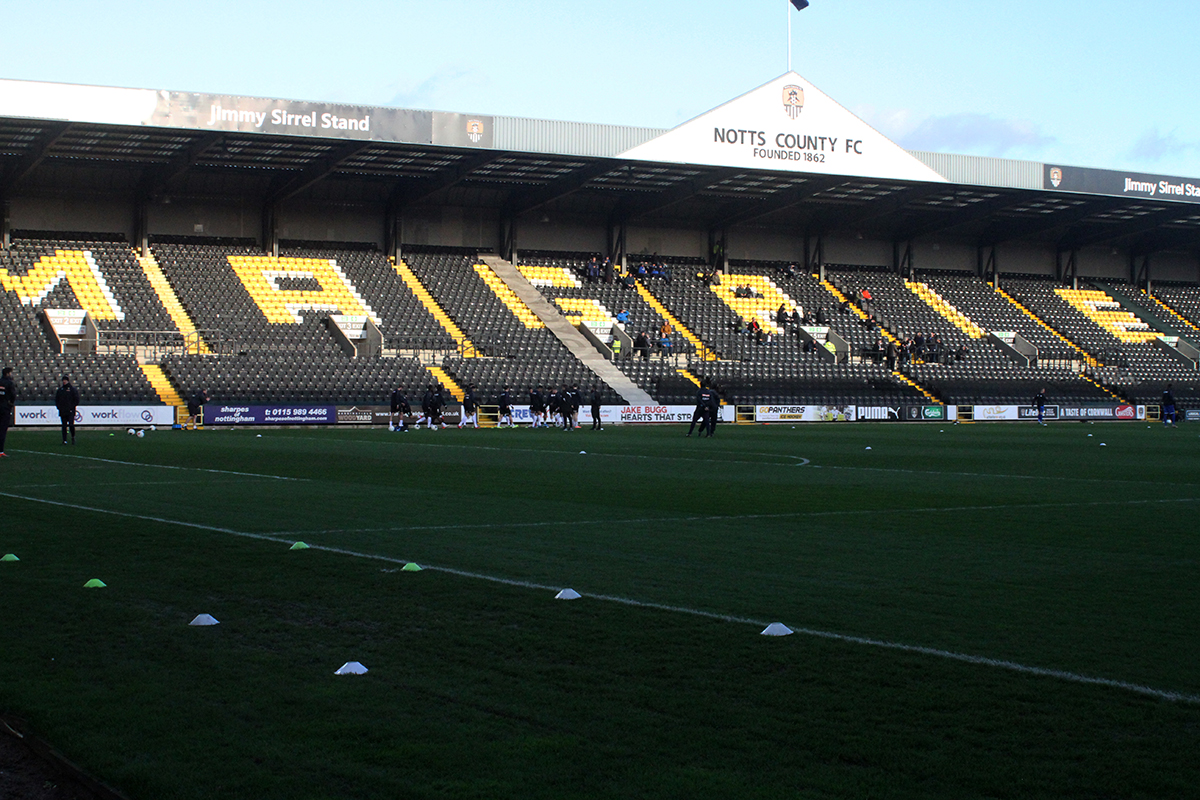 Monday’s hosts are currently fifth on the National League table after their three-game winning run ended with a 3-1 defeat at Aldershot Town last Saturday.

Defender Myles Judd was sent off for a second bookable offence just three minutes after the break.

The victory lifted Notts up to fifth in the National League table as they closed in on a play-off spot for the third consecutive season.

Kyle Wootton is leading the way with 19 goals in the National League this season while Ruben Rodrigues is two behind him.

The 2021/22 Supporters’ Player of the Season, defender Jake Goodman, is back in the matchday squad after missing Saturday’s 1-0 defeat against Altrincham due to illness.

Goodman was one of a number of players in the squad who has been struggling over the past week with a bug doing the rounds in the camp.

Defender Myles Judd will be serving the second of his two-game suspension following his sending off against Notts County.

TJ Bramble (back) and Seth Twumasi (knee) are both back training but are not ready to return to action yet.

You can get all the details HERE