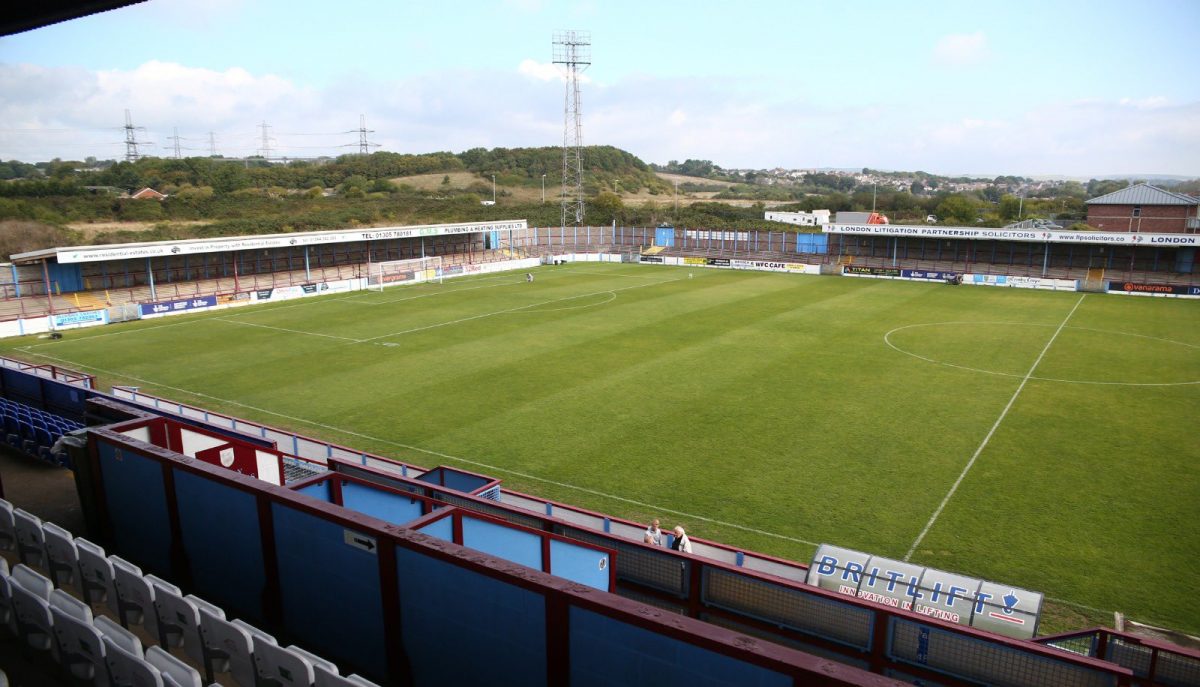 Andy Hessenthaler’s squad will look to end a run of four successive defeats when they travel to the Bob Lucas Stadium on Saturday.

The trip to Dorset will see Whites take on a Weymouth team with a new manager, Bobby Wilkinson, in what will be his first home game in charge.

Wilkinson replaced David Oldfield last week and was in charge for the 3-1 FA Cup win at Winchester last Saturday.

Our opponents, who like us, were also relegated last season, are currently bottom of the league, five points worse off than Whites, and without a win in the league from their opening eight games.

Weymouth’s squad will include two familiar faces to Dover fans.

Millwall goalkeeper Ryan Sandford spent the opening month of this campaign on loan with us with Stuart Nelson sidelined through injury.

Forward Ahkeem Rose is in his second season with Weymouth after scoring two goals in 15 league appearances for Whites in the 20/21 season.

Tom Blair netted a 95th minute winner as Weymouth ended their season with a 2-1 at Crabble in a clash between two sides already relegated from the National League.

Brandon Goodship put the visitors ahead from the penalty spot in the ninth minute following a foul on Portsmouth loanee Haji Mnoga.

Academy forward Jack Nelson headed home his first senior goal to put Whites back on level terms with 15th minutes to go before Blair ensured the three points went back to Dorset deep into stoppage time.

Midfielder George Wilkinson was adjudged to have fouled Blair and was shown a second yellow.

Blair saw his spot-kick saved by Alexis Andre but tucked away the rebound to seal Weymouth’s first win in 15 matches, and first on their travels since October.

We have no injury concerns and have a full-strength squad available for the trip.

Defender Alex Green is included in the matchday squad after recovering from an elbow injury.

George Nikaj is still out on loan at Ashford United