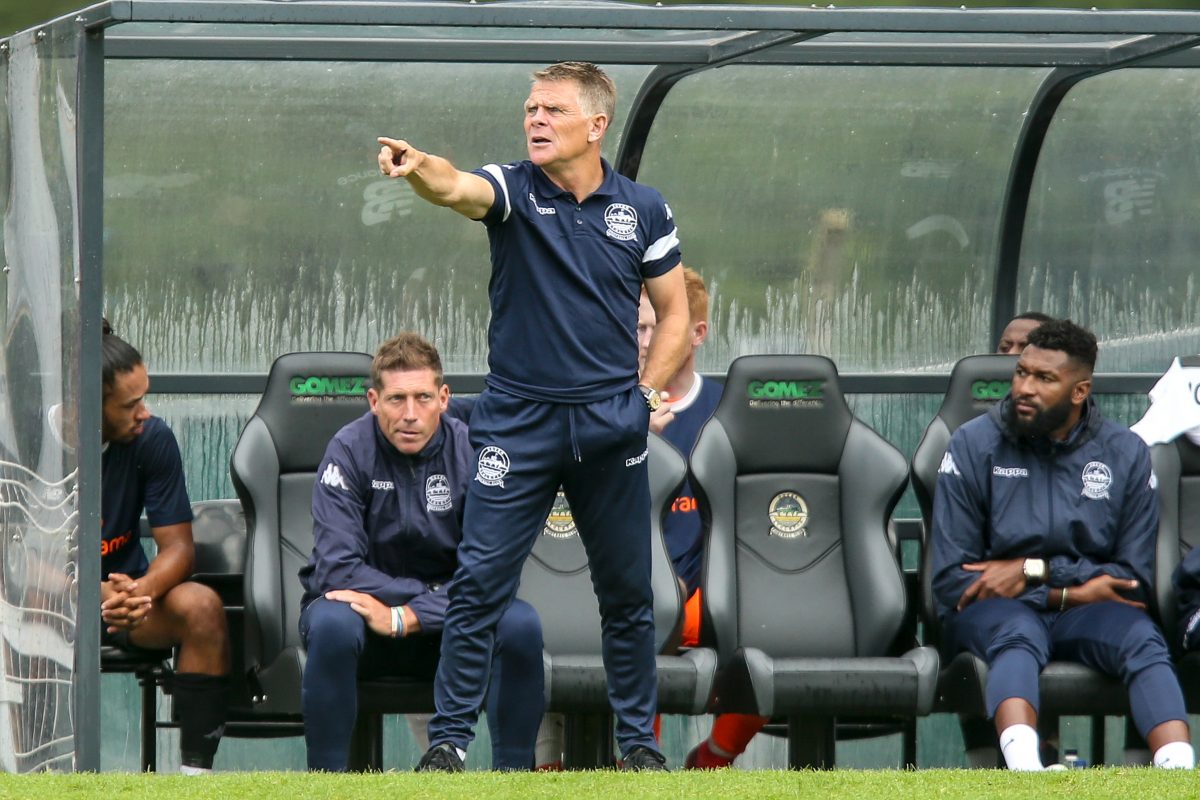 Andy Hessenthaler’s side will be aiming to bounce back from Tuesday’s disappointing 4-1 loss at Eastleigh when they travel to Weymouth on Saturday.

The game will be shown live on BT Sport at 5.20pm.

Weymouth currently sit 11th in the National League having played six games so far this season.

They have won two, lost three, and drawn one of those games.

Last time out, despite going ahead twice at Dagenham & Redbridge on Tuesday, Weymouth ended up losing 4-2 against the current league leaders, with Josh Leslie-Smith and Bradley Ash scoring the goals for The Terras.

The last time we played Weymouth was in the FA Cup Fourth Qualifying Round in 2019.

Goals from Jai Reason and Anthony Jeffrey were enough for Whites to qualify for the First Round, as they came from a goal down to defeat The Terras.

Bradley Ash has started the season in fine form for The Terras, with three goals coming in his first six games from the club since joining from Chippenham Town.

For fans wanting to show the same colours as the players, we will be wearing our home kit.

The match kicks off at 5.20pm and ticket prices are as follows:

Information on how to buy tickets can be found HERE

This game will be shown on BT Sport

If you are unable to make the game or watch it on TV, we will have live updates on Twitter – @DAFCLiveText – follow us and get all the news as it happens.